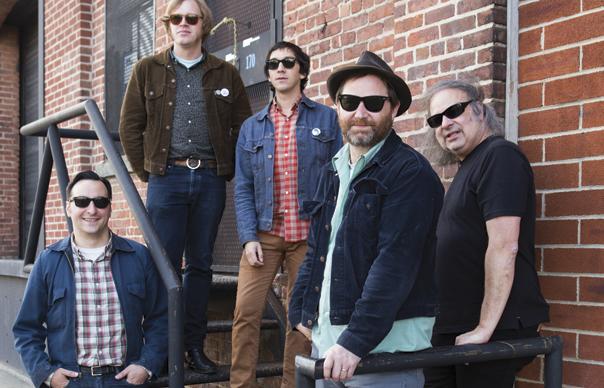 Fourteen years into their career, Reigning Sound show no signs of getting over it. You could drop in any one of their records and find the same qualities: three-minute garage-soul songs about broken hearts, dreams, regret and loss. Shattered has a stack of these sad and lovely offerings, all the work of Greg Cartwright, an inspired songwriter and possessor of a weatherbeaten, vulnerable voice. If there’s one thing Cartwright knows, it’s how to write a sad song and sing it till it hurts.

The band knows exactly what to leave out – and that’s important, as Shattered was recorded on eight-track, leaving little room for embellishment. There’s more space, more air, than on Love And Curses, itself a far cry from 2004’s Too Much Guitar, an atypically claustrophobic release that buried Cartwright’s marvellous voice in tinny, psychotic guitar and which sounded more like one of Cartwright’s (many) side projects, punk-rock party band the Oblivians.

Shattered opens with the rat-a-tat drums of “North Cackalacky Girl”, garage rock, with rumbling guitar, jaunty organ and defiant lyrics. “Let’s get on with the show!” shouts Cartwright, addressing the first of many women who slip through these songs like ghosts. Our first encounter is with a temptress – “Don’t make my heart your toy” – who can get his heart racing just “by the way you touch my hand”. That impish promise is already spent by “Never Coming Home”, gorgeous, chugging guitar-pop with heart-tugging strings in which Cartwright shows he has no fear of playing on emotions, embracing that plaintive side of pop, manipulating the heart but elevating the soul with a beautiful melody that could come from any decade.

Amels’ whirling organ, thumping percussion and a sense of optimism drive “Falling Rain”, before the perfect country-soul of “If You Gotta Leave” brings “broken hearts”, a “whole lot of pain” and a barrel load of tears-in-beers sadness (pedal steel is by John Whittemore, who used to be Cartwright’s dentist). “You Did Wrong”, a pointed Doors-y shuffle with psychy guitar line and billowing organ has Cartwright chastising a friend – “You did wrong and now she’s found somebody new”, while on the acoustic “Once More” he’s almost crooning, the delivery giving depth to lyrics about eyes that “sparkle and shine”. “I’ve never loved… a girl… like this before,” he purrs, and you want to believe him even if you’ve lost track of which particular girl he’s singing about now.

“My My”, picks up the pace, a Southern Rock jive about cars, girls and rock and roll. “I don’t claim to be lucky in love,” is Cartwright’s throaty cry – and even when he’s having success with the ladies he’s unsure about it – before we return to the warm Motown glow of “Starting New”. The wicked Mod strut of “Baby It’s Too Late”, the sole cover version, gives way to the swinging statement of “In My Dreams”. Amels’ organ provides subtle texture but everything is in thrall to the vocal, a hymn of praise to a girl of his dreams. “Drink my coffee, wash my face, put my heart back in its place…” sings this fragile Casanova, before the gospel lament of “I’m Trying (To Be The Man You Need)” sees Cartwright down on one knee, striving to be a better man and admitting he’ll fail. “Got no money, fancy clothes, but a true, true heart, I’ve got one of those,” he insists, channelling his inner man-child, the one who knows exactly what a woman doesn’t want to hear and sings it so intensely her stomach does backflips anyway.
Peter Watts

Q&A
Greg Cartwright
What’s different to Love And Curses?
The line-up. I did an EP with this line-up about two years ago and that marked a big change. These guys are total in-the-pocket R&B players and they hit all those changes an R&B band would. We recorded on eight track, and the limitations also changed how I made the record. You have to make decisions up front about what you are going to put on each song. Before I’d cut the basic song and then add piano or tambourine, basically do whatever I wanted.

Is every song a love song?
In some, the nature of the song is veiled. So one is actually about the loss of loved ones, the way that as you get older people start to die. It’s a different love and loss, not of a lover, but of a person who completed you as a friend. Loss has always been a deep thread in my music. Sometimes you are singing about loss, and sometimes you blame people for that loss and sometimes you forgive them – these are the recurring themes.

Tell me about “Baby It’s Too Late”.
That’s a cover of a song by Shadder And The King Lears, a Memphis garage band that did a couple of songs before Shadder became a pastor. On my records I try to incorporate some lost Memphis nugget that I grew up with and will connect me to the Memphis heritage of music that I am trying to relate to. This music had a great impact on me and the root of it all is Memphis music.
INTERVIEW: PETER WATTS