This year’s remodel: The King Of Limbs, remixed across two CDs... 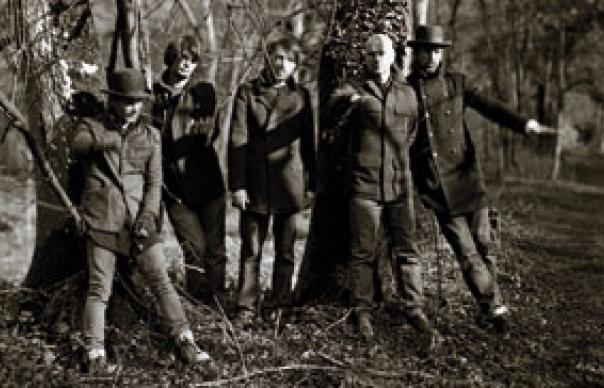 Perhaps the most surprising thing about the arrival of a Radiohead remix album is that one hasn’t turned up before now. Not just because they have long displayed a collective interest in the possibilities of electronic dance music, but because there have been points within Radiohead’s lifespan when the idea of existing as a conventional band appears to have been considered by them to be rather limiting.

While Radiohead’s first excursion into more abstract realms, 2000’s Kid A, bewildered critics and the public on its release, in retrospect its integration of electronica tropes – gauzy Eno ambience here, crunchy Aphex Twin beats there – actually sounds fairly straightforward. In more recent years, this melding of rock music and electronica has appeared more holistic, and more difficult to untangle. Drummer Phil Selway, in particular, has become adept at a style of percussion – clipped, airless beats, played in mechanistic time signatures – that appears to shun the world of flesh and blood. Hear his skittering handwork on the studio recording of The King Of Limbs’ “Feral”, and it is difficult to conceive of it played by human hands.

Selway himself recently told 6Music that The King Of Limbs – released on February 18 this year – suited the remix treatment more than any of their prior albums, and you can see what he means. Wispy and abstracted, part inspired by ancient forests and European fairytales, it felt like a record holding something back. Announced just five days before its release, many critics approached it with a confused optimism, opining it would be “a grower”. But it didn’t really grow; of all Radiohead’s albums, it leaves the impression of an enigma with secrets held intact – secrets, perhaps, there for others to unlock.

Following The King Of Limbs, Radiohead began issuing a series of remixes on limited 12”s, collected here. The notion of a remix record may bring notions of ceding control, but the lineup here has been chosen with a curatorial eye. Surprising nobody will be the absence of chart remixers du jour like David Guetta or Swedish House Mafia, with their euphoric trance synths and walloping crescendos. But neither does TKOL RMX 1234567 invite obviously auteurish remixers or those with a strong signature sound, ruling out band favourites like Burial and Flying Lotus.

More often than not, though, a sort of spectral dislocation seems to be the key. The collection’s highlight is Thriller’s “Give Up The Ghost Houseghost Rmx”, angelic techno doused in 4am euphoria, the vocal spun out like silk and left to shimmer wordlessly. Jamie xx turns in “Bloom Rework”, a wisp of chiming keys, sparse percussion and a haunted, Burial-like soul vocal that resembles an apparition of ’90s piano house. Harmonic 313’s “Bloom Rmx” sets foggy synths and Thom’s liturgical vocal to a dub bounce, like a John Carpenter score recorded at Lee “Scratch” Perry’s Black Ark.

TKOL RMX 1234567 clocks in at just over 100 minutes, so it would be strange if there were no chaff. Pearson Sound, Blawan and Shed fail to do anything especially memorable with their source material. But if many such documents are scuppered by their lack of continuity or cohesion, TKOL RMX 1234567 seems to possesses a strange internal logic. Perhaps it is a symptom of their far-reaching influence, perhaps that they have chosen remixers in their own image, but here, Radiohead appear to have commissioned a remix record that sounds, in tone and mood at least, rather a lot like Radiohead. Narcissism? Perhaps, but one doubts their many admirers will have a problem with that.
Louis Pattison