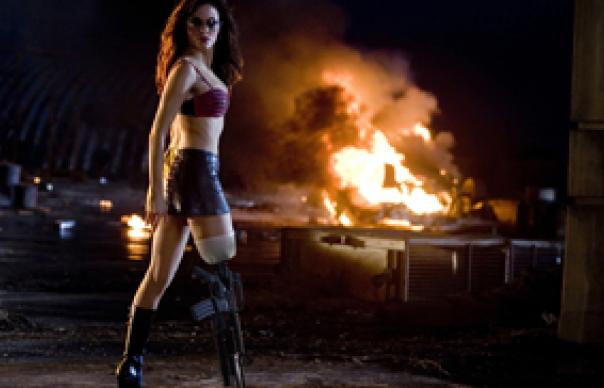 The recent stalling of Quentin Tarantino’s pseudo-slasher movie Death Proof at the UK box office doesn’t bode well for Rodriguez’s zombie apocalypse flick, which originally opened the ill-fated Grindhouse compendium in the US.

And that’s a shame, because Planet Terror is the film that sets out the pair’s sleazy stall, evoking the sticky seats of yesterday’s shitty cinemas right from the opening trailer.

Like John Carpenter’s best, the action takes place in an endless night, in a town where the dead are coming back to life. But there’s nothing supernatural here: a local scientist is holding a mutant virus to ransom. When it escapes into the atmosphere, the townsfolk are split into the infected and the not, with the mysterious El Wray (Freddy Rodriguez) heading the counter charge against the psychotic and pustulent undead.