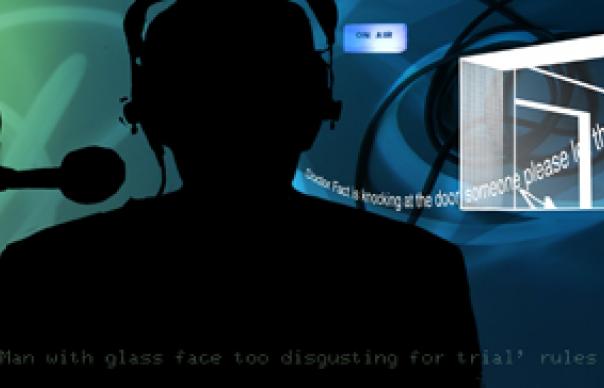 This is the show that changed everything. Just listing the credits – Chris Morris, Armando Iannucci, Steve Coogan, Peter “Borat” Baynham, Patrick “Closer” Marber, Rebecca Front, Herring and Lee – is like looking at a wall of most great British comedy of the last 20 years. It wasn’t like that at the time, of course; when Armando Iannucci invited Steven Wells and me to write for the show, I remember walking into his office, looking at a roomful of future comedy legends and thinking, “What a bunch of losers. I’m the star in this room.”

Since then of course, those losers have been Oscar-nominated, BAFTA-laden, News Of The World-hounded, Home Office-scandaled and generally made the world safe for democracy, while I work in a shop. But 16 years ago, On The Hour was, effectively, the future in disguise. There has been a long tradition in British radio comedy of funny news shows; from the great News Huddlines to the appalling Weekending, sending up current affairs is a stock in trade of comedy. What made On The Hour so appealing, so different, was that it started from a kind of audio year zero.

It’s insane to think it now, but at the time, the idea of imitating Jeremy Paxman or doing Michael Burke had simply not been thought of. Listening to real news stings, and parodying them (a trick which Morris and Iannucci would perfect on The Day Today when they hired the people who made the real news stings) had never been done. But Chris Morris and Armando Iannucci were news fans in the way that you and I are music fans. They listened to the news not because they had to, but because they liked it. They revelled in its production clichés, its vocal tics, its silliness, its dozy headlines (“ROCKET CURTSIED BEFORE IT BLEW ME UP, SWEARS GENERAL”) and, yes, its idiotic sports reporters (“Alan, I understand your wife came back from the dead at the weekend”).

The show was also technically brilliant. Most radio comedy was still, scriptwise, at the “Prime Minister, you wanted to see me?” stage, while production-wise, things largely consisted of a man rattling a noisy door knob to indicate that Norma Major was at the door. On The Hour took things in a completely new direction. It didn’t just sound like the news, it sounded better than the news. Laden with absurd voice-overs (“Arise, Sir News!”) and tailor-made audio beds (the brilliant creepiness of the whale song synth underneath Rosie May’s Green Desk is just one of the many reasons why it’s apt that this collection is on Warp Records), On The Hour is still one of the best-sounding shows ever made.

And it was also pretty silly. Ireland bursting, How To Feel Like An Eel, Alan Partridge’s spectacular ignorance of life, women and even sport… this was never a show that felt duty bound to relate itself to issues, politics or current affairs; much of the time it was just a vehicle for sleek daftness. Just as Morris’ Brass Eye Paedophile Special was less about paedophiles and more about the media’s pornographic treatment of paedophilia, and Iannucci’s The Thick Of It is less about politics than it is about people who work in government, so On The Hour was not so much about the news as it was about news programmes. Which had never been done. Its successors are everywhere, too. Without On The Hour and The Day Today (which is still, by the way, the most remarkable and well thought-out transfer of a radio idea to television), there would be no Daily Show and no Colbert Report. There would also have been no 11 O’Clock Show, but you can’t have everything; Morris’ insane news speak (“Bang! He chopped him!”) was too easy for second-rate comics and writers to copy, while his and Iannucci’s perfectionism and, sometimes, anger was too much for them bozos to work with.

On The Hour is, by and large, as funny as it was a decade and a half ago. Sometimes it’s oddly conventional (an item about saving the elephant turns into a completely literal Our Tune parody), sometimes it’s not totally sharp (a posh John Prescott impression suggests that nobody has ever heard him speak) but most of the time it’s still blindsidingly odd and it’s still sharper than anything on TV or radio. Here, there’s also an hour of unreleased bonus material, including the pilot episode.

Generally retrospective reviews like this end with some comment about how the people involved never lived up the high standards contained herein, blahdy blah. But On The Hour manages to be both a template for everyone here’s future and something that was improved upon in some ways. The Day Today, The Thick Of It, Blue Jam, Brass Eye, Friday Night Armistice, I’m Alan Partridge, Fist Of Fun, Jerry Springer: The Musical; all these came from here. Only a complete arse would call On The Hour the Monty Python of the modern era, but I am a complete arse, so here goes: On The Hour is the Monty Python of the modern era. Which makes me at best a lumberjack, but there you go.