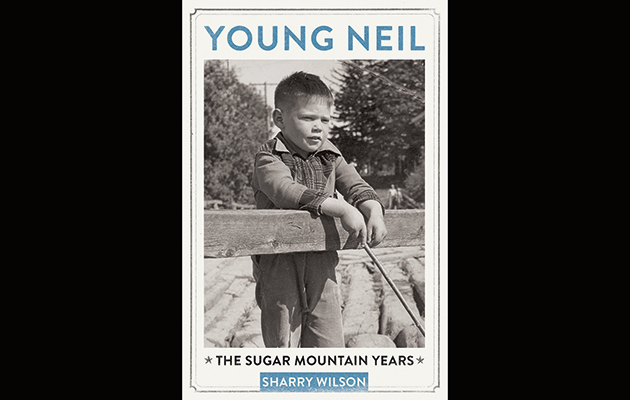 With Neil Young more than ever fixed in the public imagination as an ancient grump, possibly there may be no greater point to a book about his childhood than proving he had one. Sharry Wilson’s Young Neil: The Sugar Mountain Years is rather more than that, however. Across 400 pages dense with new testimony, this is a fascinating portrait of a life taking shape, a hugely detailed account of the first 20 years of Young’s life, the book ending in 1966 with Neil leaving Canada for Los Angeles, where he would soon be reacquainted with Stephen Stills and form Buffalo Springfield. Wilson’s account draws heavily on both Neil And I, by Young’s father Scott, the more comprehensible bits of Neil’s own Waging Heavy Peace, and Jimmy McDonough’s Shakey, but is supplemented significantly by much original first-hand research.

Wilson has clearly spent long hours in national and provincial newspaper archives, scoured town and city files, school records and yearbooks, and gleaned much from local historical societies. She’s also had valuable access to Scott Young’s papers at Trent University Archives, including unpublished letters to Neil and to his estranged wife, Rassy, who by late 1959 was separated from Scott and bringing up Neil alone in Winnipeg. Wilson also interviewed more than 150 people who knew Neil when he was growing up, and whose memories are often splendidly evocative.

By Wilson’s description, Young’s childhood was often idyllic, although “Little Neiler”, as the family called him, was prone to illness, most seriously the polio he contracted in 1951. More traumatic still was his parents’ disintegrating relationship, exacerbated by his mother’s heavy drinking and his father’s continual pursuit of new starts in new towns, a restless impulse that kept the family on the move. Every time the family relocated, Neil would have to make new friends, always the new kid at a new school. It was a sometimes intimidating experience which he managed through a growing obsession with music.

By the time he moved to Winnipeg with Rassy, that obsession even overshadowed a previous passion for, of all things, poultry farming. Wilson doesn’t have to try too hard to connect the later Neil with his younger self and the Canadian childhood she describes. He has, after all, written enough about it over the decades, starting with “Sugar Mountain”, written when he was 19. But not everyone who knew Young then or played with him in the many early bands (whose brief careers are recalled here in sometimes punishing detail) would have predicted what he’d become. And none of them were as ruthlessly driven by such great ambition. As Richard Koreen, who played bass in Neil’s band The Stardusters, puts it, “He was the only one of us who was looking at the horizon.”