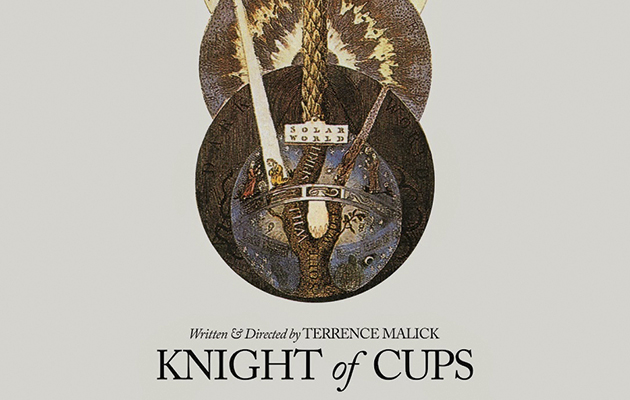 The return of Terrence Malick to active filmmaking has not been without its hiccups. In the 18 years since The Thin Red Line, his films have – superficially, at least – become increasingly abstract meditations on themes ranging from creation (Tree Of Life) to the nature of love (To The Wonder).

Knight Of Cups operates in several different genres: it is part confessional, part Hollywood insider, part midlife crisis, part family melodrama, and – wait – there’s more. It finds Christian Bale’s screenwriter drifting back through his memories to revisit former romances and address his fractious relationship with his brother and father.

The film opens with a recording of John Gielgud reciting The Pilgrim’s Progress, before a narrator (Brian Dennehy) recounts the tale of a knight who was sent on a quest by father, but instead drank from a cup that caused him to fall asleep. “All those years, living the life of someone I didn’t know,” intones Bale’s Rick in voiceover. There are real world conversations going on behind the film’s many interior monologues. Scenes take place in strip clubs, a film backlot, an empty aircraft hanger. At a photoshoot, one model is told, “You look like a 1975 housewife who take steroids and fucks women during the day.”

At times, Knight Of Cups resembles a mix between Californication and Grand Designs, as Bale makes his way through a lot of wafty curtains. There is also a lot of walking along the surf on deserted Malibu beaches, accompanied by a former paramour – perhaps his ex-wife (Cate Blanchett) or a married woman he had a fling with (Natalie Portman).

Admittedly, Malick’s elusive, metaphorical wanderings aren’t to everybody’s taste and Knight Of Cups certainly pushes the abstract qualities of Malick’s recent films to their extreme. But find the film’s pulse and it is possible to be seduced by its gorgeous, meandering beauty.