Shades of a masterpiece? Hunter’s on a roll heading into the Mott The Hoople reunion 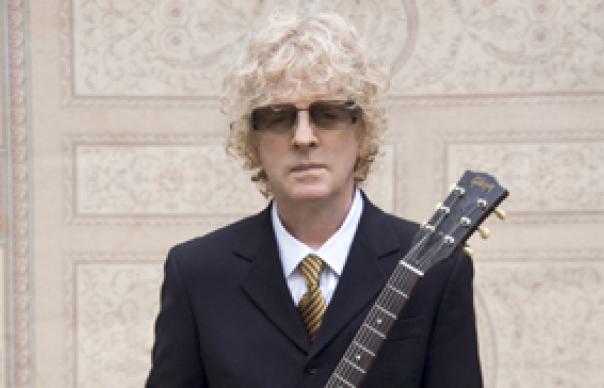 Even at the age of 70, Ian Hunter can serve up more seething vitriol at a world gone wrong than would-be rebels 50 years his junior. Man Overboard is the third in a stunning 21st-century trilogy lambasting the shallowness and corrosiveness of modern life, and it confirms that the once-and-future Mott The Hoople leader is on the hottest songwriting streak of his storied career.

Hunter was always a late bloomer. Nearing 30 as Mott roared out of late-’60s London, he was already, according to the parlance of the times, someone the kids shouldn’t trust. But it didn’t matter as Mott, with their scrappy proto-punk howl, Hunter’s heart-on-sleeve songwriting and a late nudge from David Bowie, evolved into one of the era’s most loved, most influential bands.

Post-Mott, Hunter’s been a popstar on the fringe, never quite landing the big hit (though “Once Bitten, Twice Shy” and “Cleveland Rocks” take their rightful places as standards), releasing intermittent masterworks (1975’s Ian Hunter and 1979’s You’re Never Alone With A Schizophrenic) among lesser missives. Onstage through the ’70s, ’80s and early ’90s, often with Mick Ronson, Hunter was a cyclone, a devastating singer with a seemingly bottomless bag of classic songs.

But Ronson’s ’93 death from cancer was a crippling blow. Hunter issued a couple of low-profile albums as the ’90s waned, but seemed, quite understandably, lost. It was a chance introduction to Andy York, the guitarist in John Mellencamp’s band, that sparked the turnaround. Acting as bandleader, York began assembling a talented group of studio veterans, meticulously rebuilding Hunter’s trademark guitars-and-keyboards sound: think Exile On Main Street meets Blonde On Blonde, with a sliver of A Nod Is As Good As A Wink . . .

Hunter, for his part, challenged himself to write with new eyes, and the transformation was dramatic. “I only got really serious about it again after Mick Ronson died,” he told one interviewer. “I said to myself, ‘You get a free pass in life and you’re really abusing it, you should get serious and do something about it.’”

Man Overboard doesn’t quite scale the heights of its predecessor, even containing a stumble or two (“Girl From The Office”, with Hunter playing the cad, falls flat), but it still offers plenty. “Win It All”, a prayerful piano ballad, is the opposite to Hunter’s usual broadsides: an elegaic assertion of faith in the face of mounting odds. “The Great Escape”, with its rickety banjo and wheezy vocal, is fine storytelling, and may have you thinking this is Hunter’s bluegrass album. Gliding love song “Arms And Legs” resembles a US pop radio hit, circa ’87.

The punkish “Up And Running” is smeared with 2009-vintage working-class rage. Were it not for extraordinary closer “River Of Tears”, “Babylon Blues” would be Man Overboard’s centrepiece. A withering indictment of an age of emptiness, it could be about anyone from Pete Doherty to Bernie Madoff. “There’s nothing worse than a phoney-ass rebel,” Hunter sneers, with relish. “River Of Tears”, meanwhile, has an air of culmination and, with spectacular tidal-wave piano flourishes, seemingly brings the curtain down on this chapter, before the Mott reunion tour begins in the autumn.