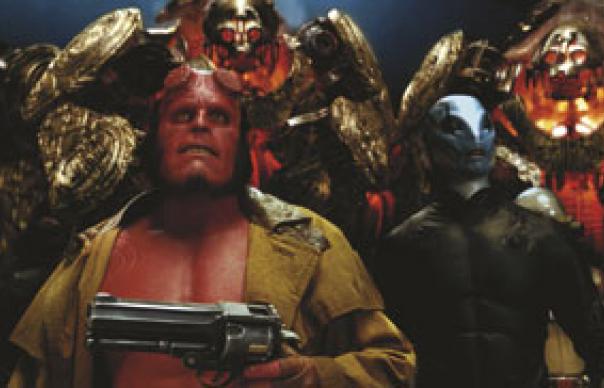 For a film where prosthetics and effects are essential to its remit, it’s curious to note that – the necessaries of Ron Perlman’s tandoori-red headpiece and Doug Jones’ merman costume aside – the most satisfying elements of Guillermo Del Toro’s movie lie elsewhere. Enjoy, then, the deft dialogue and subtle interaction between characters as much as the vivid products of Del Toro’s own fertile imagination.

EXTRAS: Weeks worth of material, including a 19 part doc covering all aspects of the film.