Whole heap o’hard-to-find Hank, when he was toast of the breakfast show 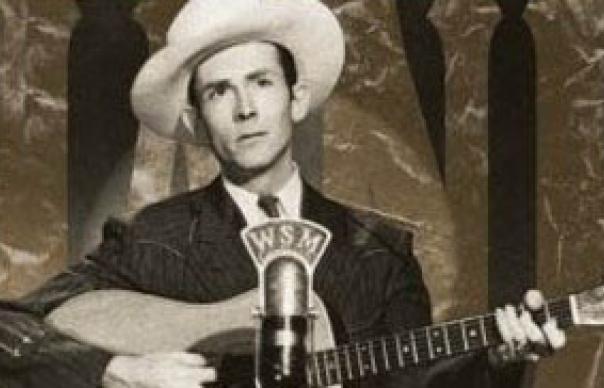 Had you been hauling out the farm feed, cooking biscuits or fixing breakfast in the American mid-South of 1951, chances are you’d be tuned into Hank Williams’ radio show.

For fifteen minutes each morning, five days a week, country’s first superstar would deliver both song and chat under the auspices of Nashville’s WSM station, packing in tunes with his Drifting Cowboys while careful to plug the rural necessities of his cornmeal sponsor, Mother’s Best Flour. Unheard since their first transmission, these wonderful recordings are now available for all: 54 songs across three CDs, with the promise of another 89 later in the Time Life series. Forgive the number-crunching, but it’s significant. When they’re all done, Hank’s official recorded output will have jumped by nearly half again.

So what of it? For a start, these first discs offer another side of Hank Williams. Alongside a less guarded, more informal figure, we get a surer idea of the music that shaped him – Appalachian songs, old ballads, hymns, parlour tunes – with renditions of others’ hits and songs he never cut commercially. Collectors will find the inclusion of Fred Rose’s “Blue Eyes Crying In The Rain” (later made famous by Willie Nelson) and Victorian weepie “The Blind Child’s Prayer” a particular cause for hosannas.

But this is not just a lasting testament to Williams’ immersion in songlore. Rather, it’s a supreme showcase for his many talents: the poetic simplicity of his songwriting, the vocal inflections that came to embody the language of country music itself, the nasal baritone that Dylan likened in Chronicles to “a beautiful horn”, the hurt and soul that imbued everything he sang with an alarming rawness. Forget “Hey Good Lookin’”, these were cold cold comforts from a man who sang it as he lived it. Behind the jocular patter and easy demeanour, the songs betray the pain and beauty of it all.