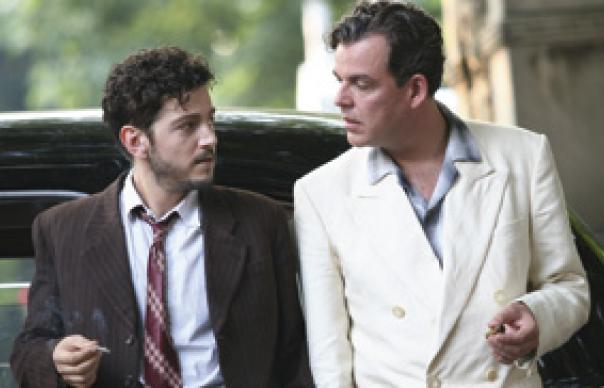 
Orson Welles loved to explore the grey areas between reality and illusion. Pursuing that theme, this imaginative noir thriller places him in war-damaged Rome in 1948. Played with charisma by Danny Huston, he’s come to the Eternal City to act in a dire movie (Black Magic) and get over his break-up with Rita Hayworth. And if he can find money-men dazzled enough to back his Othello, he won’t complain. Yet when a bit-part actor’s murdered on his Cinecitta set, he’s drawn into a web of intrigue, seduction and political conspiracy. He loves being given a mission: he enjoys chases more than rewards.

Huston aside, the cast is uneasy: Paz Vega and Diego Luna seem jittery as, respectively, an Italian starlet and a bitter ex-cop competing with Welles for her attentions. Christopher Walken glides in and out to offer vaguely malevolent extrapolation. With Serbia doubling as Rome, the period feel is excellent, though Parker (best known for Oscar Wilde adaptations) insists on straight lines, so no real adrenalin builds. A pity, as cinematographer John de Borman’s witty Welles references are numerous.
What you remember however is Huston’s Orson: egomaniacal, electric with intelligence, incorrigible, likeable. “I look in your eyes and begin to understand myself”, he woos the actress. “Is that a quotation?” she asks. “Maybe one day”, he smirks.