Bukowski – Born Into This 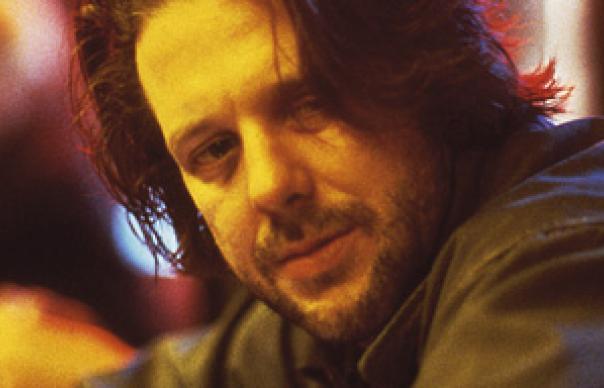 Charles Bukowski was the curator of his own myth: his writing made fiction from the fuzzy lines of blurred reality. Barfly, in which Henry ‘Hank’ Chinaski is a drinker and a would-be writer, is a reflection of the period when Henry ‘Hank’ Charles Bukowski was an employee of the LA Post Office, composing blunt poetry from the comfort of a bar stool. The real Hank was an unreliable memoirist, often hiding behind a wisecrack. Often, it was the drink talking. “Anybody can be a non-drunk,” he told one interviewer. “It takes a special talent to be a drunk.”

And so it went on. Before Bukowski died in 1994 and the myth turned to marble, there was more booze, more smoke, more lonely verse. He is now celebrated as a kind of metholated Hemingway, a gold-plated loser. His gravestone bears the legend “Don’t try”.

Sensibly, director John Dullaghan, who spent seven years assembling his biographical documentary, starts with the Bukowski we know; the bull-faced misanthrope, leering towards the camera, demanding another bottle of fucking wine. The film cuts to an earlier interview, from 1972. Bukowski is younger, no happier, and still suckling alcohol. He leers at the camera. “Whaddya want, motherfuck?”

There is much of this and, frankly, it ain’t pretty. You could, in a spirit of gonzo abandon, enjoy the story of the time Bukowski pulled a blade on the maitre d’ of The Polo Lounge, or applaud the unpretentious nature of his advice on how to live: “Drink, write and fuck.” A generous viewer might sympathise with Bukowski’s mournful observation that his success was mistimed: “You know,” he moans, “the young blondes with the tight pussies came too late.” (This was in 1972.)

He does the funny drunk well. But there is a horrible sequence, shot by Barbet Schroeder, in which Bukowksi has too much medicine and turns on his girlfriend, Linda. He tells her he is going to hire an attorney to throw her out of the house, then he rains abuse at her, kicking her from the couch. It’s not forgivable, but Linda takes it, and hangs around, eventually marrying Bukowski, and, to a degree, sorting him out.

Why did she bother? Presumably, because the real Hank, the less drunk one, was worth it. Dullaghan doesn’t quite find the private man, but sometimes the mask slips, and Bukowski displays pain in the place where his anger usually resides. There is a strange sequence in his old family home, when he stands in the hall where his father used to beat him. He is happy to indulge the memory of his pockmarked teens, with a face covered in bleeding sores. Writing, he says, was a way of escaping this “sourful deadliness”.

Fame didn’t help. After a few of the European interviews in which Bukowski is treated as a rebellious jukebox of beat wisdom, you start to sympathise with the writer’s predicament. When German Cosmopolitan asks him for a definition of sex, he gamely replies: “Sex is something you do when you can’t sleep.” The interview continues: “Who was your first woman?” “Well,” says Bukowski, “there was the 300lb whore.”

An absurd encounter with an unnamed Belgian offers a glimpse of his more sensitive side, when the Belgian informs Bukowski that his books use love as a synonym for sexual intercourse. “Where do you get this crap, baby?” Bukowski replies. “Love is a dog from hell. That’s all. It has its own agonies.” German Cosmo gets a more lyrical definition. “Love is a fog that burns with the first daylight of reality.”

More poetry and less myth would have been interesting, but might not have been more true. Sometimes, as Bukowski disciple Tom Waits understands, the art is fashioned from the myth. (Waits is uncommonly candid here; Bono is reliably verbose.)

In the end, Dullagher enforces Bukowski’s legend, without providing enough evidence of his genius. There is a glimmer in the extras, in a home video shot by Linda two months before his death. There is no violence, no drink, and no boasting about his purple onion. He reads quietly, talking about “wax lightning” and luck. It’s a rush to hear the musicality of the poet’s words. “Forget it,” he says quietly. “It’s a farce.”