Sublime, yet tough latest from the Galway-based singer 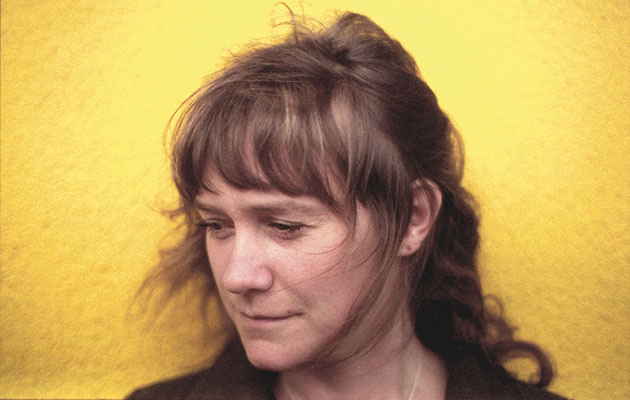 In her dreamy, chorus-less songs, Brigid Mae Power embraces contradictions. She is both tough and vulnerable, assertive and hesitant, wounded and resilient. She writes songs that are structured like poems and delivered like prayers, with the words blurring hazily into the melodies. Sometimes the lyrics numb as they sting, but more often they capture a moment of emotional clarity.

First 45 “Don’t Shut Me Up (Politely)”, then, can’t help but align itself with recent shifts in sexual politics – the post-Weinstein purging of sexual harassment, mansplaining, the undermining of abortion rights. The song pre-dates the Weinstein business, but the sentiment is timeless, militant in its understatement. “You’d try to convince me, that I was somebody that I’m definitely not,” Power sings. “Don’t you find the spirit threatening?/What you did with mine/You squashed it/But guess what I can hear?/It’s my spirit still breathing/Breathing loud and clear.”

The contradictory two worlds that Power refers to, in the title of her second album proper, are the personal and the political. On a personal level, she’s found herself struggling to balance the requirements of everyday life with an artistic desire to wander. Earlier in her career, she had felt the need to escape the limitations of Galway and explore NYC – she has recounted how that went wrong in a harrowing Tumblr post written in solidarity with women sharing experiences in the aftermath of the Weinstein revelations. More recently, Power found herself, like many of us, struggling to understand the global outbreak of right-wing populism.

But there is no manifesto here; instead, the duality is boiled to its essence. “Oh, how are we going to work the two worlds?” she sings on the haunting title track. It’s the prettiest tune on the record, but there’s something visceral about the way Power gnaws at the word “how”. Musically, she has evolved. Though there were a handful of self-released home recordings, she considers the 2014 Bandcamp release, I Told You The Truth, to be the record on which she started to find her feet. It’s a sparse affair, recorded on the fly in a Galway church, and it is the record on which Power learned to trust the acoustic qualities of her voice. She began to fly with the addition of Peter Broderick as a musical foil on her self-titled 2016 album. With Broderick producing, Power tiptoed away from her folk roots to something more quizzical.

On The Two Worlds, the process is deepened. Broderick collaborates again, and his gnarly production turns the tunes inside out. The opening song, “I’m Grateful”, is a delicate slow dance, a wistful hymn of gratitude which threatens to fold in on itself, but it is held together by a rhythm which sounds like a grandfather clock winding down. Power’s music never seems aggressively experimental, but it is the product of diverse influences. She grew up playing Irish traditional music on the button accordion, but was drawn to Joni Mitchell, Tim Buckley and Neil Young. In recent years, she has revisited the traditional sounds of Planxty and Andy Irvine, but over the past year, Stevie Wonder’s back catalogue has been a source of inspiration. Still, the echoes of that Galway church reverberate throughout these introverted psychedelic hymns.

And then there is the voice. The songs were recorded live in a few takes, with a minimum of overdubs added later. The briskness of the process highlights the nakedness of Power’s words, but the therapeutic gnawing of “Peace Backing  Us Up” has an edge all of its own.

Occasionally, when the tunes are allowed a hint of jazziness – see the painfully honest “So You’ve Seen My Limit” – Power is like Julie London with the playfulness swapped for the scarred honesty of Karen Dalton. Musically the fit is not precise, but Power’s single-mindedness also suggests a kinship with the work of the Glaswegian singer, Kathryn Joseph, who mined similar territory in her emetic 2015 album, Bones You Have Thrown Me And Blood I’ve Spilled. It’s a small thing, maybe, but when she started out, Power recorded under her full name Brigid Power Ryce. She dropped the Ryce, and added her middle name, Mae. “I know it might sound ridiculous,” she says, “but I always thought Brigid Power Ryce had too many Rs in it when said out loud and it didn’t suit me.” She has, it seems, reached an accommodation with herself, with her doubts and her strengths. The two worlds co-exist beautifully here, the soft Power and the raw.