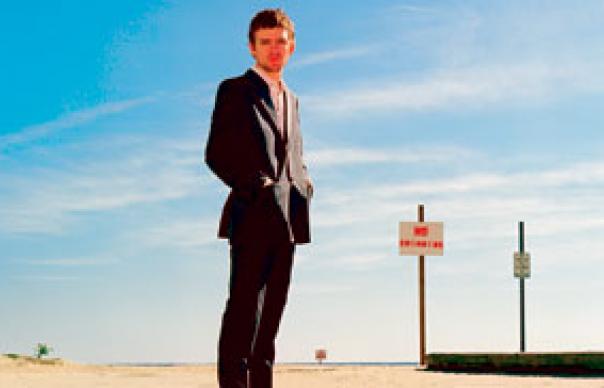 The White Stripes have already covered “Good To Me”, a stand-out from Brendan Benson’s 2002 album, Lapalco. Now, Jack White is apparently recording Elephant’s follow-up at Benson’s home studio in Detroit, and there’s a joint Benson/White venture slated for next year, trailed as Cat Stevens-meets-Led Zep.

It’s easy to see why White is so keen. Benson’s glittering pop songs are descendants of every boy-girl psychodrama from The Beach Boys to Big Star. But, much like their predecessors, there’s a damaged undertow. The caffeinated rush of 2002’s Lapalco – five years in the making – belied a tortuous major label experience in the mid-to-late ‘90s, when Benson was dropped from Virgin after the release of debut One Mississippi. Hauling himself back home to Detroit from LA, he poured his insecurities into a fistful of irresistible tunes. Lapalco’s critical success was testament to both his self-belief and staying power.

Similarly, Alternative To Love is impossible not to love. With only longtime bandmates Matt Aljian and Chris Plum on board – alongside mixer and co-producer Tchad Blake – it’s a jubilee of full-fat riffs, nagging hooks and melodies like ornate sugar sculptures. Lyrically though, it remains troubled. “I Feel Like Myself Again” may appear to be a joyous rebirth from romantic wreckage, but it’s more likely a riposte to old record company execs or even the father that abandoned him. Likewise, the Spectoresque “Pledge And Allegiance” is no lover’s entreaty, but seems to be a loyalty pact between Benson and music itself: it’s clear he’s in it for the duration. The downbeat acoustic shuffle of “Them And Me” reinforces the point, his own third-party muse urging him on: “Isn’t this everything you ever wanted?” Yes, but there’s a price.

At times – as on “What I’m Looking For” – he sounds like Evan Dando offering confessions at Gold Star Studios. At others, as on the grandly ambitious mini-suite “Flesh And Bone”, like Brian Wilson himself. In a just world, he’d be huge. Wouldn’t that be nice?