Danny Boyle follows Slumdog with another rather unexpected masterpiece... 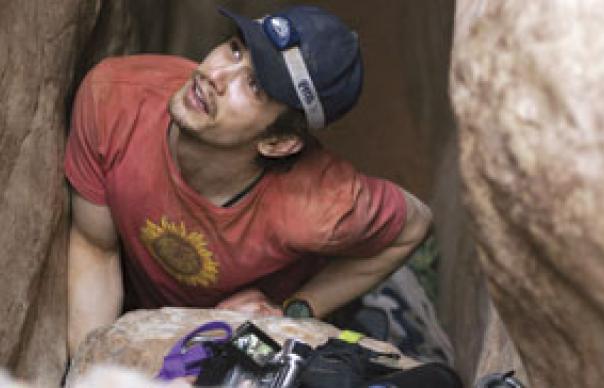 Danny Boyle describes himself as ‘an outsider director’, meaning that he doesn’t belong to Hollywood, and that when it comes to content, he goes his own way. Yuppie nightmare (Shallow Grave), Scottish drugs caper (Trainspotting), sci-fi apocalypse (Sunshine), low-budget zombie thriller (28 Days Later) – Boyle has nimbly vaulted genres. Since he stumbled going mainstream with The Beach, he’s stayed unpredictable. A film about a Bombay slum kid on a quiz show? Line up the Oscars!

Confirmation that Boyle can marry good box office with auteur filmmaking comes with 127 Hours, the harrowing real-life story of Aron Ralston, who on a solo hike through the wilds of Utah had an accident that left his right arm trapped under a boulder. Pinioned for several days with little food or drink, Ralston eventually severed his own arm with a penknife and escaped. He wrote a memoir – Between A Rock And A Hard Place – and these days is a sought-after speaker.

Why anyone would want to commit Ralston’s nightmare adventure to film, or to sit through it in the cinema, is a puzzle (audiences have been known to faint). Plus we already know the ending. But here we are with a completely compelling film that’s already being talked up for awards, not least for James Franco’s bravura lead performance.

A humming plotline is hard to maintain when it revolves round a man stuck in a hole, groaning and drinking his own urine, but flashbacks and lurid hallucinations swirl us along, while Ralston’s addresses to his own camera become a confessional chamber. We sink into his psyche, confronting the ghosts of childhood and girlfriends and, finally, his own arrogance (he didn’t tell anyone where he was going). Ralston hits on a ghastly truth: “I chose this.” By the time his grisly moment of release comes, we’re rooting for him.

Though 127 Hours is, like Burial, a film about entombment and escape, it’s ultimately a young man’s rite of passage. Boyle’s heroes are cocky outsiders who get in way too deep and must endure a spell in hell – being nailed to the floor (Shallow Grave), a dip in the shit pit (Trainspotting and Slumdog), and here, a spot of self-amputation – before their eventual embrace of humanity. Choose life.
Neil Spencer