Young performed in Omemee on December 1 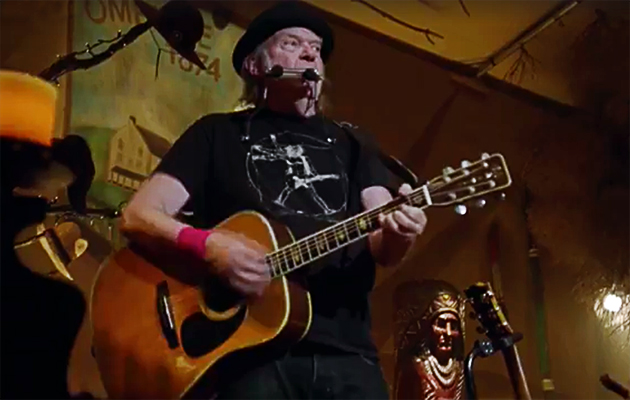 Neil Young played a solo acoustic show in his hometown of Omemee on December 1.

The occasion was the launch of his latest album, The Visitor, as well as the opening of his online archives.

The invite-only event took place in the town’s Coronation Hall, a small venue which seats about 225 people.

Titled Somewhere In Canada, the concert was livestreamed by CTV on various platforms, including CTV.ca, iHeartRadio.ca and on Facebook outside Canada.

You can watch the entire concert by clicking here.

No public tickets were available for the show, which will be mostly attended by friends and family of the singer, as well as contest winners. Proceeds from the show are reportedly to be donated to the local Scott Young Public School, named after Neil’s father.

The set contained a number of surprised. “Tumbleweed” got only its second-ever outing while “I’m Glad I Found You” has only been played live on five previous occasions, during the solo tour of 2014.

The rarest track Young performed was the Harvest track, “There’s A World“, which he hasn’t performed live since 1971. It was only the song’s 8th performance.