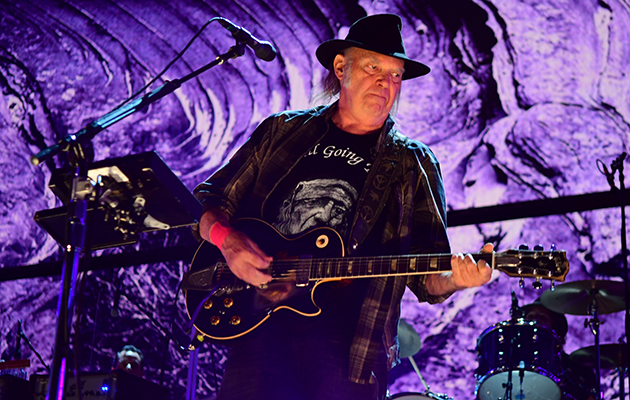 Neil Young and Crazy Horse played their first show together in four years in Fresno, California, last night (May 1).

With guitarist Frank “Poncho” Sampedro absent from a Crazy Horse line-up for the first time since 1975, his place was taken by Nils Lofgren, who played with the band during the early 1970s.

Given the band claimed not to have rehearsed beforehand, they ranged impressively through the eras during their 105-minute set, with songs tackled including “Cinnamon Girl”, “Cortez The Killer” and “Like a Hurricane”.

Watch some footage and peruse the full set-list below: