The Who unveil new album, simply titled Who 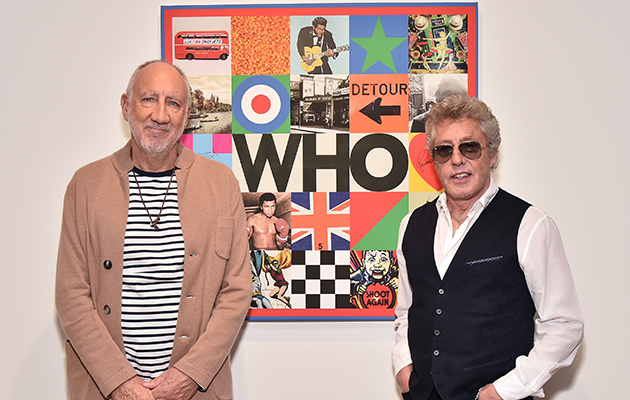 The Who have unveiled their first new studio album in 13 years, simply titled Who. It’ll be released by Polydor on November 22. Hear lead single “Ball And Chain” below:

The album was mostly recorded in London and Los Angeles during Spring and Summer 2019 and was co-produced by Pete Townshend and D. Sardy, with vocal production by Dave Eringa. Roger Daltrey and Pete Townshend are joined on the album by long-time Who drummer Zak Starkey and bassist Pino Palladino, along with contributions from Simon Townshend, Benmont Tench, Carla Azar, Joey Waronker and Gordon Giltrap. Artwork is by Peter Blake.

Check out the tracklisting below:

“I think we’ve made our best album since Quadrophenia in 1973,” comments Roger Daltrey. “Pete hasn’t lost it, he’s still a fabulous songwriter, and he’s still got that cutting edge”.

Adds Townshend: “This album is almost all new songs written last year, with just two exceptions. There is no theme, no concept, no story… Roger and I are both old men now, by any measure, so I’ve tried to stay away from romance, but also from nostalgia if I can. I didn’t want to make anyone feel uncomfortable. Memories are OK, and some of the songs refer to the explosive state of things today.”

You can pre-order the album on various formats, including triple coloured vinyl, CD and cassette, from The Who’s Official Store. Doing so by 4pm on Tuesday (September 17) will also give you pre-sale access to The Who’s 2020 UK tour – dates below. Tickets go on general sale on Friday September 20 from here.