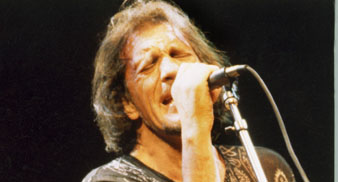 A special benefit show is to take place this Sunday (January 21) at London’s Roundhouse in celebration of the late musician and Traffic founding-member Jim Capaldi.

Traffic co-founder Steve Winwood, with Capaldi, wrote the ten platinum-selling prog rock albums throughout the late 60s and early 70s that made Traffic a huge success.

Capaldi also had a successful solo career after the band – even contributing ‘Love Will Keep Us Alive’ to The Eagles’ ‘Hell Freezes Over’ LP.

They briefly re-united in 2004, when Traffic were inducted into the Rock ‘n’ Roll Hall of Fame.

The tribute concert will raise money for the The Jubilee Action Street Children Appeal, a Brazillian charity that both Capladi and his wife Aninha supported.

Signed guitars collected from the appearing artists will also be auctioned later on Ebay.

For ticket availibilty check the Roundhouse website by clicking here