Tributes roll in for the reclusive and influential musician 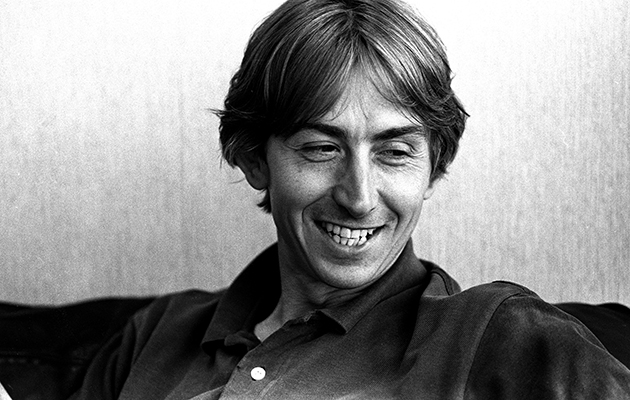 Former Talk Talk frontman Mark Hollis has died, aged 64. Although no official announcement has been made, Hollis’s cousin-in-law – the academic Anthony Costello – confirmed the news in a tweet yesterday (February 25) in which he called Hollis a “Wonderful husband and father. Fascinating and principled man.”

RIP Mark Hollis. Cousin-in-law. Wonderful husband and father. Fascinating and principled man. Retired from the music business 20 years ago but an indefinable musical icon.
Talk Talk – It's My Life (Live at Montreux 1986) https://t.co/eGRfLWHt6r

Hollis effectively retired from music following the release of his debut solo album in 1998 in order to spend more time with his children. He has maintained a distance from the music industry ever since, although he did contribute a piece to the soundtrack of the 2012 TV series Boss.

As the frontman of Talk Talk, Hollis scored several global hits in the mid-80s with songs such as “It’s My Life” and “Life’s What You Make It”. However, fame didn’t sit well with Hollis, and he steered the band away from synth-pop and into a sparser, more contemplative realm influenced by Satie and Debussy on 1988’s Sprit Of Eden and 1991’s Laughing Stock.

While regarded as ‘difficult’ at the time, these albums have proved hugely influential. “I can’t overstate the influence on us three as musicians and us as a band” wrote Doves. “His music was rich and deep, and a huge influence on my development as a musician” tweeted Blur’s Dave Rowntree.

Former Talk Talk bandmate Paul Webb AKA Rustin Mann wrote on Facebook that “Musically he was a genius and it was a honour and a privilege to have been in a band with him. I have not seen Mark for many years, but like many musicians of our generation I have been profoundly influenced by his trailblazing musical ideas. He knew how to create a depth of feeling with sound and space like no other. He was one of the greats, if not the greatest.”

Field Music said that Hollis’s “1998 solo album… has been an endless source of musical and conceptual inspiration to us”. Chris Baio of Vampire Weekend wrote that, “Mark Hollis changed my life. Thank you for everything”.

Peers such as The The and Duran Duran also paid tribute to Hollis on social media.

Goodbye Mark Hollis,We owe you so much ,I cant overstate the influence on us three as musicians and us as a band.#markhollis #talktalk

Really sorry to hear of the death of Mark Hollis. His music was rich and deep, and a huge influence on my development as a musician.

Very sad to hear that Mark Hollis has died. You might have experienced the wonder of those final three Talk Talk albums but his 1998 solo album is just as beautiful and has been an endless source of musical and conceptual inspiration to us.

Mark Hollis changed my life. Thank you for everything

Very sorry to hear the news that #MarkHollis of #TalkTalk has died. He was behind some of the finest albums of the 1980s / early 1990s. R.I.P. pic.twitter.com/IoTuAkGCUf

"Mark was the main songwriter of some truly great songs” @TalkTalk pic.twitter.com/beH4kGPcmA