The guitarist was a key influence on The Beach Boys, Hendrix, Van Halen and more 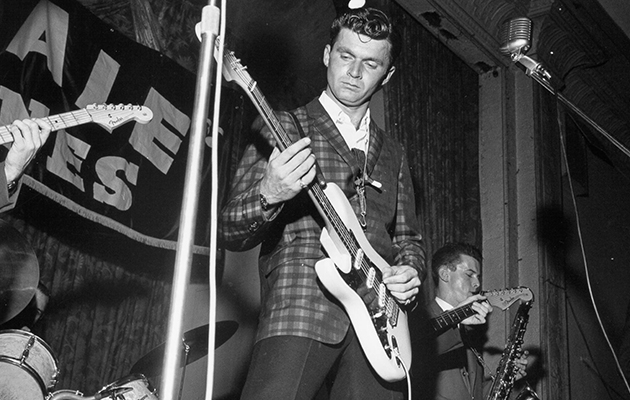 No cause of death has been revealed as yet, but Dale had been battling a number of health problems in recent years, claiming in 2015 that he was forced to keep touring in order to fund his medical costs. He had a number of tour dates lined up for the rest of 2019.

Dick Dale shot to fame in the early ’60s with hits such as “Let’s Go Trippin'” and “Miserlou”, backed by his band The Del-Tones. Dale said that his trademark rumbling guitar sound was an attempt to replicate the sound of a barrel of a wave. Meanwhile, his father’s Lebanese heritage was a vital influence on Dale’s distinctive lead lines; “Miserlou” was his amped-up take on a Middle Eastern folk song.

He influenced artists as diverse as The Beach Boys (who covered “Let’s Go Trippin'” and “Miserlou” on Surfin USA), Jimi Hendrix and Eddie Van Halen. Dale enjoyed a resurgence in popularity in the 90s, when Quentin Tarantino chose his version of “Miserlou” as the theme tune for Pulp Fiction.

I’m sorry to hear about Dick Dale passing. Dick’s guitar playing was a big influence on all of us, and we covered “Misirlou” on our Surfin’ USA album in ‘63. Love & Mercy to Dick’s family. pic.twitter.com/QPd2wzo7zB