New material as Gutter Twins is online ahead of 'Saturnalia' release 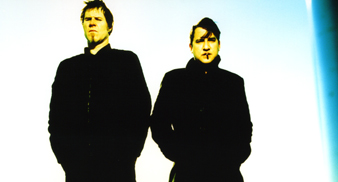 The pair together, as The Gutter Twins, have recorded an album ‘Saturnalia’ to mark Sub Pop’s 20th anniversary, and it is set for release on March 3.

The four tracks now available to hear ahead of the band’s album release and tour dates are: ‘All Misery/ Flowers’, ‘Circle The Fringes’, ‘The Stations’, and ‘Idle Hands’ – and all can be heard here: www.myspace.com/theguttertwins.

‘All Flowers/ Misery’ is reportedly the first track Lanegan and Dulli recorded together.

The duo are currently on tour, and play a one-off UK date at London’s Koko next week (Februray 21) as part of the Shockwaves NME Awards shows.