And he hasn't even played his guitar this year! 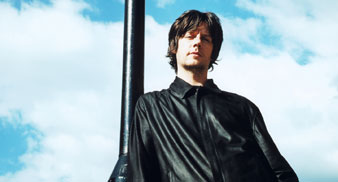 John Squire has said that he is unlikely to ever reform The Stone Roses. In a rare interview with Dave Haslam on XFM Manchester, Squire dismissed talk of a reunion.

“I think it’s too late,” he said. “And I’m pretty sure the band’s legacy would be tarnished by a reformation. I feel like I’d be doing that entity a disservice to cash-in on it.”

Ian Brown and Mani have played live together in the past two years, and rumours of The Stone Roses reuniting have been rife. Haslam asked Squire whether, if Brown personally asked him, he would agree to reform for a charity gig. Would he say yes? “No,” replied Squire. “I would say the
opposite.”

Squire went on to discuss the fragility of his relationship with Brown: “We didn’t hang-out together at school and our relationship formed after school through music, through punk rock, and virtually everything we did together
was related to music. So to take that out of the equation by leaving the band, I knew it would be the point of no return.”

He also confessed that he has currently given up on music. “I’ve not
played guitar this year,” Squire said. “When I made the quantum leap to actually call myself a painter for the first time, that really got in the way of the music. I got halfway through an album and hung up my plectrum.”

An exhibition of Squire’s art opens on July 4th at the Smithfield Gallery in London.

To read the full interview, visit the XFM page at www.davehaslam.com