Spiritualized announce new album Everything Was Beautiful, share “Always Together With You”

The album saw frontman J. Spaceman jam out on a mind-boggling 16 instruments

Spiritualized have detailed their forthcoming ninth album, Everything Was Beautiful, sharing the announcement alongside its hazy lead single, “Always Together With You”.

The new track was inspired by J. Spaceman’s (aka Jason Pierce) experiences in lockdown, with the frontman saying: “I felt like I’d been in training for this my whole life.” It’s a buzzy, psych-tinged affair spanning just under seven minutes, carried by reverberant guitars and ultra-bright vocal harmonies.

Take a look at the official video for “Always Together With You”, directed by Pierce himself (albeit comprised of stock footage), below:

A press release reports that Everything Was Beautiful came together between 11 different studios, as well as Pierce’s own home, with the bandleader jamming out on a mind-boggling 16 instruments.

“There was so much information on it that the slightest move would unbalance it, but going around in circles is important to me,” he said. “Not like you’re spiraling out of control but you’re going around and around and on each revolution you hold onto the good each time. Sure, you get mistakes as well, but you hold on to some of those too and that’s how you kind of… achieve. Well, you get there.”

Everything Was Beautiful will be released on February 25 via Bella Union. It comes as the follow-up to Spiritualized’s 2018 album And Nothing Hurt, which ended a six-year hiatus for the Rugby sextet.

Following the album’s release, Spiritualized will embark on a 27-date world tour spanning Europe, North America and the UK. Full details for the run, as well as tickets, can be found on the band’s website.

Check out the cover art and tracklisting for Everything Was Beautiful below: 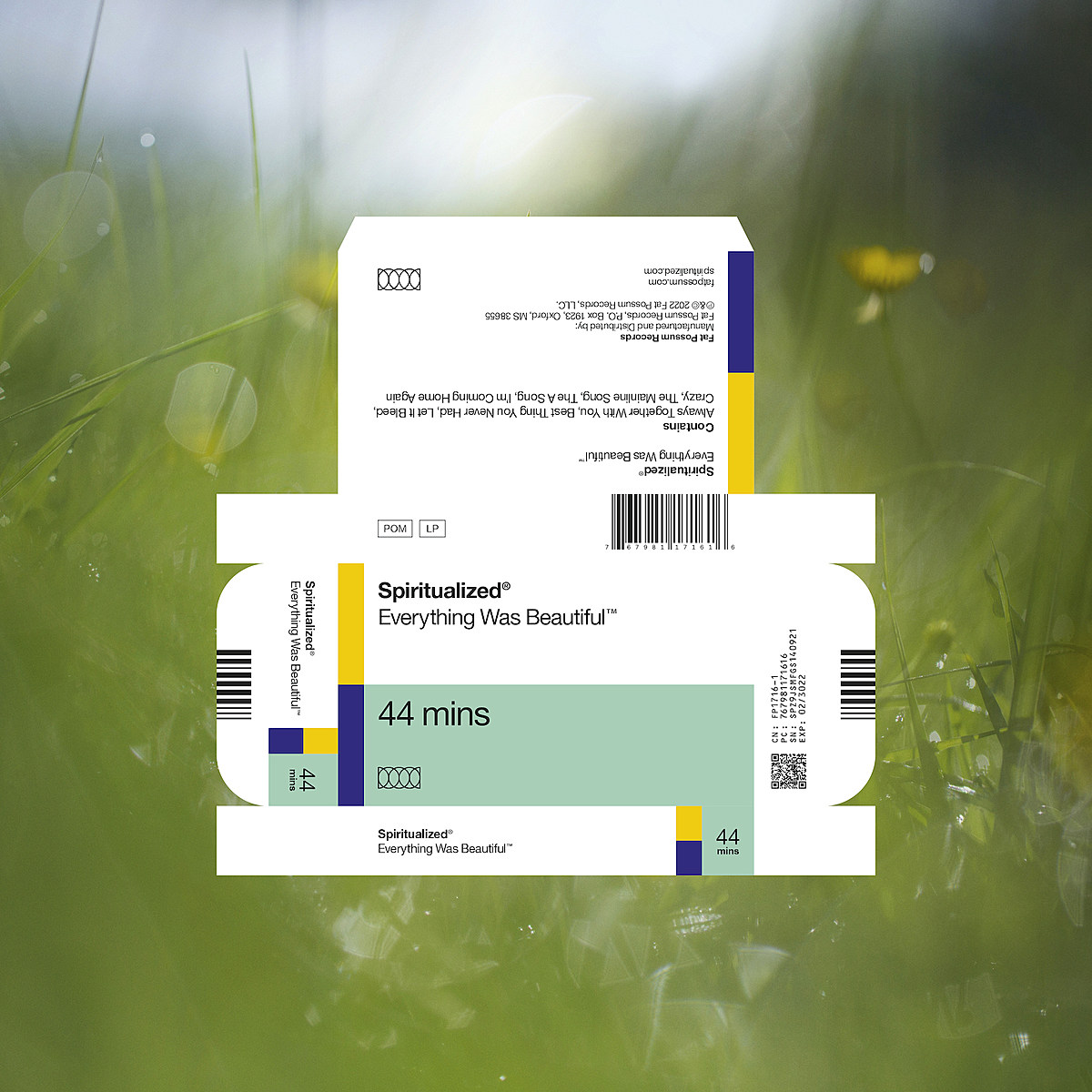 Spiritualized announced earlier this year that they planned to reissue their first four albums on vinyl. 1992’s Lazer Guided Melodies kicked the effort off in April, followed in June with 1995’s Pure Phase then in September with 1997’s seminal Ladies And Gentlemen We Are Floating In Space, and finally last month with 2001’s Let It Come Down.