Slumdog Millionaire Cleans Up At BAFTAS 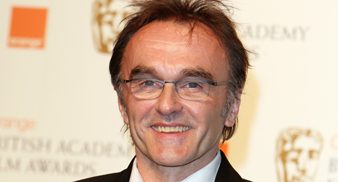 The rags to riches tale was nominated for a total of 11 awards, and was also awarded best adapted screenplay, music, cinematography, editing and sound. Picking up Best Adapted Screenplay, writer Simon Beaufoy revealed he had a both a plastic replica and a Bafta made of chocolate at home: “I have two pretend Baftas at home so it’s great to have a real one.”

Kate Winslett won her second Best Actress Bafta for her role in ‘The Reader’, beating Meryl Streep, Kristin Scott Thomas and herself in ‘Revolutionary Road’. Noticeably more composed than at January’s Golden Globes, Winslett thanked the film’s crew for its success: “I want to thank everybody involved in the making of this film. They all know who they are and deserve a bit fat piece of this.” Winslett added she shared the award with two of the film’s producers, Sidney Pollack and Anthony Minghella, who died last year: “You are much missed today, and you will be much missed for many years to come, and this is for you. Thank you.”

Held at London’s Royal Opera House and hosted by Jonathan Ross, the ceremony saw Heath Ledger posthumously awarded Best Supporting Actor for his portrayal of The Joker in ‘The Dark Knight’.

Mickey Rourke beat Sean Penn, Brad Pitt and Frank Langella to the Best Actor award which he dedicated to legendary hell-raiser Richard Harris. “It’s such a pleasure to be back here out of the darkness,” said Rourke before thanking director Darren Aronofsky for giving him “a second chance after fucking up my career for 15 years.”

Wallace and Gromit creator Nick Park picked up the Short Animation award for ‘A Matter of Loaf and Death’ and French film ‘I’ve Loved You So Long’, starring Kristin Scott Thomas, beat ‘Waltz With Bashir’ and ‘Gomorrah’ to win Best Foreign Language Film.

The prestigious Bafta Fellowship was awarded to director Terry Gilliam. The former Monty Python man dedicated his award to Heath Ledger who died last January. “Everybody has said he was extraordinary, but we can’t even begin to imagine what he was going to be,” said Gilliam. “We only saw a tiny tip of the iceberg. But he’s gone.”