We've just finished work on the first issue of the new-look Uncut, which among other things new to the magazine features a widely re-worked reviews section, which without wanting to sound too smug, we're rather pleased with. 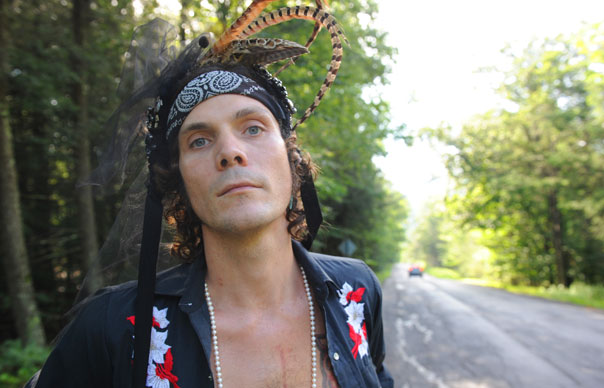 We’ve just finished work on the first issue of the new-look Uncut, which among other things new to the magazine features a widely re-worked reviews section, which without wanting to sound too smug, we’re rather pleased with.

I mentioned this in a recent newsletter and have had quite a number of emails from readers wondering what was in the works. A few of them sounded as if they were worried that we’d tampered for no reason with the look and content of Uncut in ways they might not be entirely happy with. Be assured, there’s no need to fret. The changes we’ve made to Uncut have all been entirely to improve what was already there, rather than sweep away the stuff we know you like, so none of our popular regular features have been lost or unduly mucked about with, including An Audience With. . ., The Making Of, Album By Album and My Life In Music.

Again, as previously reported, the main thing we’ve looked at is reviews, which has had a major re-vamp and is much expanded, with lots of extra layers of information, detail and data that are intended to add more reader value to an already hugely popular section, which for many of you is the reason you buy Uncut.

Anyway, early next week you’ll be able to see for yourselves what we’ve done and I’ll be looking forward to hearing what you have to say about it. You can write to me at the usual address, as it appears at the end of this newsletter.

In other news, regular readers of these missives may recall a couple of years ago I wrote about accepting an invitation to go down to Winchester for the day to see Richmond Fontaine at a funky little venue called The Railway, where promoter Oliver Grey regularly puts on terrific shows. Oliver had booked Richmond Fontaine basically on the strength of the Uncut review of the band’s landmark album, Post To Wire, and they’d been back several times since.

The Saturday I went down to Winchester to see them, they played two sets. The first, in the afternoon, featured Post To Wire in its entirety. The second turned into a four hour epic, during which the band, who’d had a few by then, played virtually every song they knew, and a few they didn’t. They were back at the Railway last September, when Oliver launched the SXSEC festival at the venue, supported by Uncut.

Willy Vlautin from Richmond Fontaine will be appearing there again on May 1, with RF guitarist Dan Eccles, playing a special acoustic set as part of a series of shows called the Uncut Sessions, the first of which, featuring the excellent Lucky Strikes, is tomorrow. The Lucky Strikes are followed by Peter Bruntnell (March 8) and Simone Felice (pictured) and band, with special guest Simi Stone from the Duke & The King (April 6), Chuck Prophet And The Mission Express (who’ll be following Richmond Fontaine’s earlier example and playing two sets, at 3.00pn and 8pm, on April 14) and Alejandro Escovedo And The Sensitive Boys (July 1).

For more details you can go to www.sxsc.org and for general enquiries email info@railwaylive.co.uk. Tickets are also available at the venue or call 01962 867795.