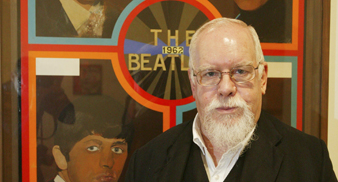 Sir Peter Blake, the Godfather of British Pop Art, is putting 40 pieces of his work up for sale at a public exhibition this November.

The showcase, hosted at the Mill House Gallery in Parbold, will be displaying around 40 colourful silk screen prints that reflect the richness and diversity of Blake’s work.

All are welcome, and prices start from £350 for anyone wishing to pick up some pop art history.

Blake’s philosophy was “to make art accessible as a visual equivalent to pop music”.