Send us your questions for Jimmy Cliff 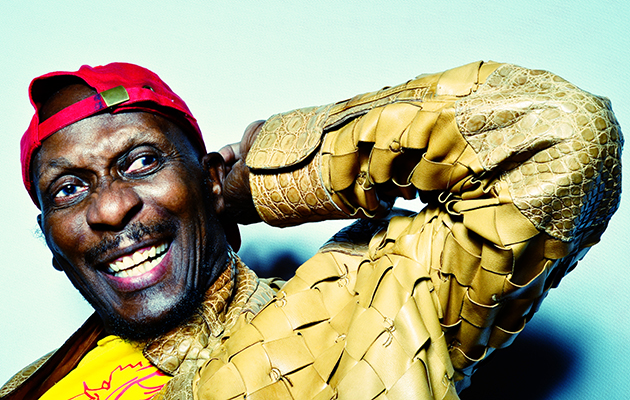 Jimmy Cliff adopted his role as reggae ambassador at an impressively young age. He was just 14 when his 1962 single “Hurricane Hattie” became a hit in his native Jamaica, inspiring Desmond Dekker and Bob Marley to come and audition for Cliff’s label Beverley’s.

Cliff would have to wait a further seven years for his international breakthrough, but when it arrived, singles such as “Wonderful World, Beautiful People” and “Many Rivers To Cross” helped to establish reggae as a major musical force.

Cliff sealed his superstar status by starring in – and penning the memorable title song for – The Harder They Come, the quintessential reggae film. Along the way, he’s been endorsed by Bob Dylan, Bruce Springsteen and The Rolling Stones, as well as being awarded the Jamaican Order Of Merit.

Produced by Tim Armstrong of Rancid, 2012’s Rebirth album was a rousing return to form – and the 71-year-old continues to shrug off such minor inconveniences as a broken hip to carry on touring, including an appearance at East Sussex’s Love Supreme festival this July.

So what do you want to ask the ambassador of reggae? Email your questions to us at uncutaudiencewith@ti-media.com by Wednesday May 22 and Jimmy will answer the best ones in a future issue of Uncut.