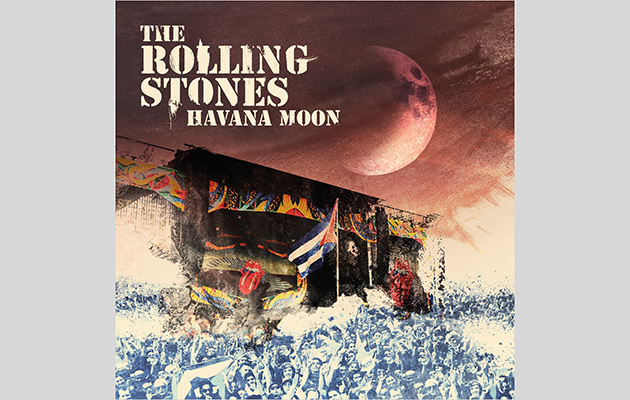 The Rolling Stones‘ concert film Havana Moon is to play in cinemas in China.

Global distribution company MusicScreen and European-Chinese distributor Pannonia Entertainment are to partner on the release. The film, directed by Paul Dugdale and produced by Eagle Rock Entertainment and JA Films, captured the band’s free outdoor concert in Havana, Cuba on March 25, 2016.

It received a one-night theatrical release in cinemas around the rest of the world last September and has since been released by Eagle Rock Entertainment on DVD, Blu-ray, DVD+2CD, DVD+3LP, Digital Video and Digital Audio plus a special Deluxe Edition.

“We are proud to be teaming up with MusicScreen to release this visually and orally stunning concert on film,” says Klaudia Elsässer, founder and managing director of Pannonia Entertainment. “It recreates one of the most exciting and timeless moments in music history for the Chinese market, and will be screened in the unique China Film Archive’s central cinema in Beijing.”

Mr. Li Tao, manager of Central CFI Cinemas, Beijing added: “It’s amazing that the Rolling Stones could make this revolutionary trip to Cuba and [give] a marvellous performance to Cuban people. I wish the Rolling Stones could come to China sometime in the near future. I was impressed by their energetic and professional performance. They are the superstar as always. It’s really nice to have them on the big screen. I appreciated very much to bring the film to Chinese audiences.”