Revealed! The inside story of Bob Dylan and Johnny Cash’s Nashville summit 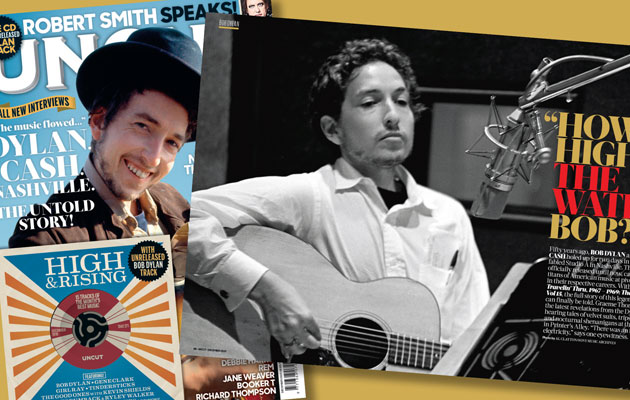 With Travelin’ Thru, 1967 – 1969: The Bootleg Series Vol. 15 – the latest lavish archeological survey of Bob Dylan‘s archive – due for release on November 1, Uncut talks to the musicians closest to Dylan about this remarkable chapter in his career – and his momentous summit with a fellow titan of American music, Johnny Cash.

The issue also comes with an exclusive unreleased Dylan track on our free CD.

In the new issue of Uncut, in UK shops now or available to order online by clicking here, Cash biographer Graeme Thomson unearths the truth behind Dylan’s Nashville sojourn – including a momentous February 1969 session with Cash.

“You know, it wasn’t anything that we thought was strange, Dylan being in Nashville,” insists Cash’s drummer, WS “Fluke” Holland. “We were happy for him to be there; it made a kind of sense. If you think about types of music – country, rockabilly, rock’n’roll, blues, whatever – I don’t really know what you’d call the type of music that Bob was doing. It was always something different, but always him.”

On the night of February 17, Dylan and Cash cut three songs together. Documentary maker Bob Elfstrom was among those watching the session. “Neither of them could remember the lyrics, and the session had to stop for an hour if not longer,” Elfstrom recalls. “They had people dashing around the building to find a copy of the lyrics so they could do the song… The general impression I had was that it was highly improvised. They would  go and listen to playback and then try something else. Very casual. They were having fun together.”

This light-hearted mood sustains throughout the takes featured on Travelin’ Thru. The highlight of the first night is a mash-up of Dylan’s “Don’t Think Twice, It’s All Right” and Cash’s brazen doppelgänger, “Understand Your Man”. The men  sing their own compositions separately before, at Cash’s behest, they swap, singing the other’s song simultaneously over the same chord pattern. “Do you know it?” Cash asks Dylan with a chuckle, adding, “We both stole it from the same song…” – a reference to the fact that the melody was liberally ‘adapted’ from Paul Clayton’s 1960 song, “Who’s Gonna Buy You Ribbons When I’m Gone?”

They convened again the following day, cutting further versions of their own songs alongside old country tunes, rock’n’roll staples, traditional standards, religious hymns, Jimmie Rodgers blue yodels and much else besides. “It was kind of like a Sun Records session,” says WS Holland, who played drums on both days. “We go in, and nobody knew exactly what they were going to do or sing. We were more or less cutting up and having a big time, and not really all that serious about being really good. We didn’t think too much about what we were doing.”

In Cash, Dylan had also found a man who shared his love of making music on the hoof. “We didn’t ever really know what John was thinking when he  went into a session,” says Holland. “He liked to be spontaneous. He did things on impulse, and often  it worked really good.”

On the tapes, you hear Cash generate the fuel that keeps the session running. He’s a fount of ideas, demands, suggestions, ad libs and cornball jokes.  On “Mountain Dew”, Cash says, “You know, this would be real funny if you talked off a verse…” and Dylan duly gives it a good-natured stab. Later the Man in Black asks, “What religious songs do you know, Bob?”, prompting Dylan to offer a strangulated “amen” in response to Cash’s earnest testifying. On “Careless Love”, there’s much light-hearted messing around with numbers relating to various firearms. There’s further joshing on “Five Feet High And Rising”: “How high’s the water, Bob?” jabs Cash. “How high’s the manure, Bob?”

“It’s a recording of two guys doing a song pull on  a porch – except it’s those two guys!” says Bootleg Series co-producer Steve Berkowitz. “There is clearly a joy and mutual respect. They’re liking doing this – and they know a lot of songs! They’ve had incomparable success, but they really love playing and they love music. They’re doing this American history thing, just calling it out like brothers or cousins. It’s a beautiful thing to hear that moment of creation.”

You can read much more about Dylan and Cash in the new issue of Uncut, out now with Bob Dylan on the cover. 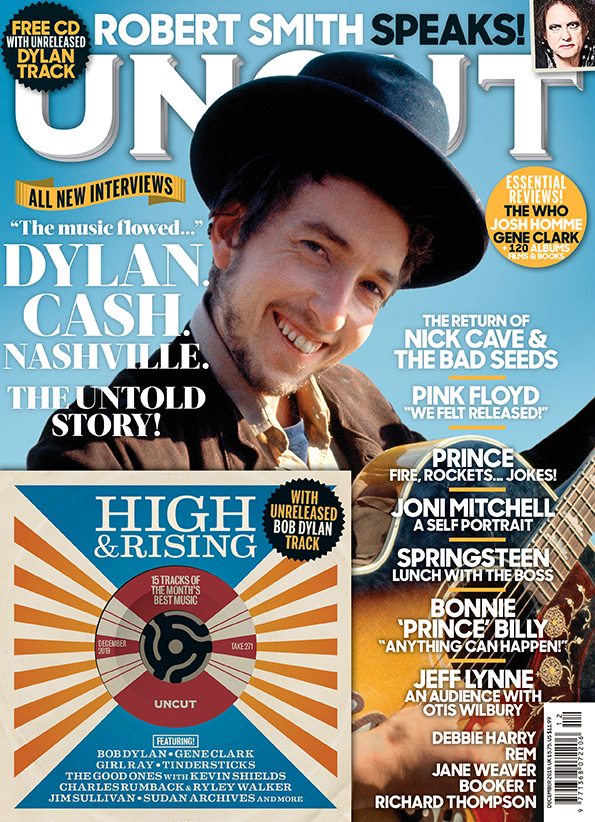