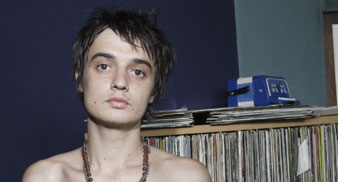 Babyshambles frontman, Pete Doherty has been sentenced to 14 weeks in jail yesterday for continued drug use and missing his probation hearings at the West London Magistrates Court.

According to a court spokesperson, Doherty has been jailed for “breach of time keeping, non-compliance of his order and using different drugs”.

A spokesperson for Doherty told Uncut’s sister publication, NME.COM that he was looking into grounds for appeal.

The singer/songwriter had been warned that he faced up to four months in jail if he broke the terms of his supervision order, which had been imposed on him for possession of drugs and driving illegally in October last year.

The sentence means that he will be unable to play the sold out show at the Royal Albert Hall on April 26 and will miss the Babyshambles set at this year’s Glastonbury festival.

The one-off gig “is due to be rescheduled and all tickets will be valid for the new date once it has been announced,” according to Doherty’s label, Parlophone.

They added: “Peter was very much looking forward to the show and would like to offer his sincerest apologies to all his fans and all those concerned”.