Paul Simon will play 'Graceland' in its entirety at this year's Hard Rock Calling in Hyde Park on July 15 this summer. 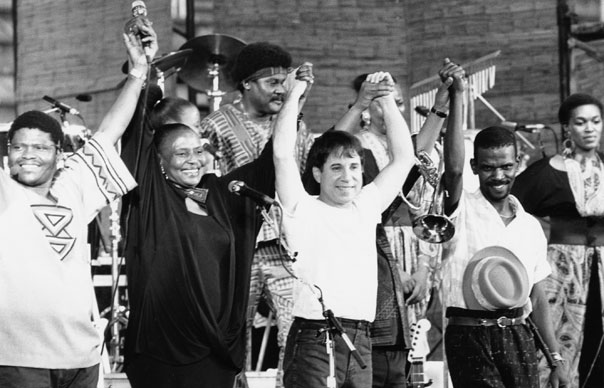 Paul Simon will play ‘Graceland’ in its entirety at this year’s Hard Rock Calling in Hyde Park on July 15 this summer.

This April marks 25 years since Simon brought his original ‘Graceland’ tour to the UK, where he played six sold-out shows at London’s Royal Albert Hall and he will return to celebrate anniversary later this summer.

The series of gigs were blighted with controversy as demonstrators, including Billy Bragg and The Specials’ Jerry Dammers, protested Simon breaking the ANC’s cultural boycott of apartheid-era South Africa while making the record.

Simon recorded the album in the troubled country in 1985 after being inspired by South African township music. In doing so, he was accused of breaching the cultural boycott against the ruling regime.

Despite this, ‘Graceland’ went on to sell 14million copies worldwide and is often credited as Simon’s finest album with hits such as ‘You Can Call Me Al’ and ‘The Boy In The Bubble’.

For the Hyde Park gig, Simon will be once again joined on-stage by Ladysmith Black Mambazo, the South African male choir who appeared on the original album recording.

The 25-year anniversary will also see the re-release of the record, as well as the release of Joe Berlinger’s documentary film about Simon re-visiting South Africa a quarter of a century later.

Simon will be supported by Alison Krauss and Union Station at the Hyde Park show.

Scroll down and click to view the trailer for ‘Under African Skies’.