Oasis announce details of ‘Lord Don’t Slow Me Down’ DVD

The band’s road movie gets a load of extras 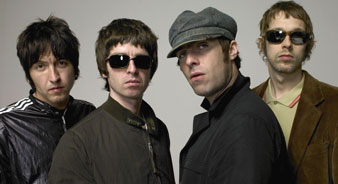 Oasis have announced their long-awaited tour documentary ‘Lord Don’t Slow Me Down’ will finally hit the shops on October 29.

Directed by Baillie Walsh, the black and white film tracks the group’s last world tour, following them through 26 countries.

The first disc features a mass of extras, including a fan question and answer session with Noel Gallagher and a complete band commentary.

The second disc of the set features a full live performance from Manchester City’s Eastlands Stadium from 2005, complimented by fan footage and pictures from the gig.

‘Lord Don’t Slow Me Down’ was previously shown in an edited form on Channel 4 last November but, aside from various fan screenings, has not been given a wider release.

Oasis are planning to release their next studio album in 2008.