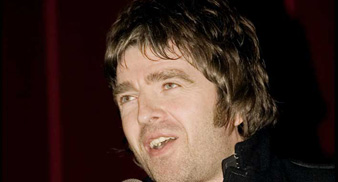 Tickets for the first ever run of dates from Noel Gallagher‘s solo project, Noel Gallagher’s High Flying Birds, have sold out in just six minutes.

Going on sale at 9am today (August 5), tickets for the shows in Dublin, Edinburgh, and London, which are set to take place this October, went at lightning pace.

Interestingly, the shows have sold out quicker than the debut tour of his brother Liam‘s Beady Eye. Tickets for the first six Beady Eye dates last November took half an hour to sell out, reports Contact Music.

Noel Gallagher recently revealed how he was influenced by legendary bands when it came to naming his debut solo album, saying ‘Noel Gallagher’s High Flying Birds’ was inspired by Jefferson Airplane – pictured right – track ‘High Flying Bird’. Meanwhile, the format of the title is a homage to the first version of Fleetwood Mac, Peter Green’s Fleetwood Mac.

Gallagher told [url=http://www.xfm.co.uk/news/2011/noels-wife-its-not-kasabian-is-it]XFM[/url]:”That name [‘High Flying Bird’] jumped out. I had a bit of a eureka moment, so I wrote it down. I thought, that looks really cool. It doesn’t mean anything, you know?”