...While revealing his love of King Crimson and prog rock 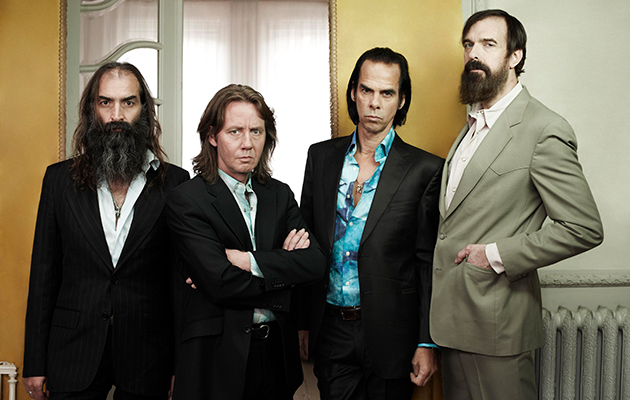 In a recent post on his Red Hand Files site, Nick Cave hinted that a third Grinderman album is on the cards.

Responding to a question about his favourite guitarists, he raved about Robert Fripp, who played on the extended version of “Heathen Child” from 2010’s Grinderman 2.

As an aside, Cave revealed that the album was “part of a yet to be completed trilogy, you might be happy to know”, although no further details were given.

“King Crimson was able to combine extraordinary moments of purity and fragility with super heavy rock ‘n’ roll, and maybe they imprinted somewhere in my mind the template for some of the more schizophrenic Bad Seeds songs,” he wrote. “Many music critics thought that Grinderman was a return to the sound of The Birthday Party, but I never understood that. From my own perspective within the band, Grinderman was much more influenced by the British progressive rock of my youth than anything else.”

You can read a review of the Conversations With Nick Cave live show in the current issue of Uncut, out now with The Who on the cover.