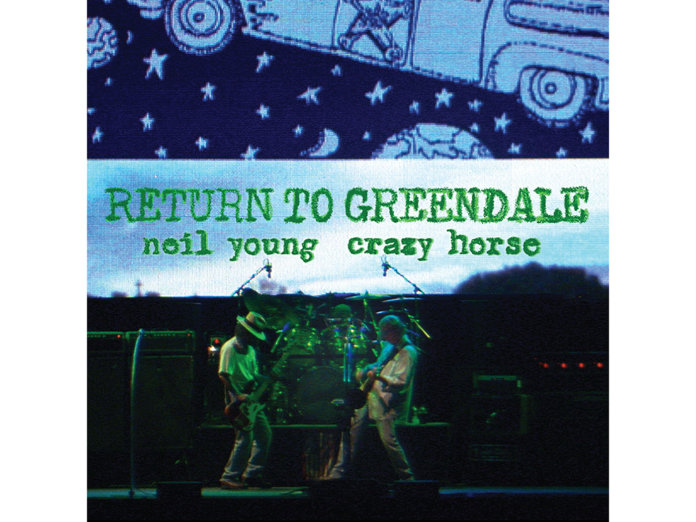 Neil Young’s Return To Greendale – the live album and concert film of his theatrical 2003 tour with Crazy Horse in support of the Greendale album – will be released by Reprise on November 6.

Recorded in Toronto, Return To Greendale comes in various formats. The limited-edition deluxe box set includes a Blu-ray of the full concert, two LPs, two CDs, and a DVD of Inside Greendale, a documentary capturing the making of the album. The audio album will also be available separately on double vinyl, as a two-CD set and digitally at Neil Young Archives, as well as all major digital service providers.

You can listen to “Falling From Above” from Return To Greendale over at Neil Young Archives (you need to be registered first).