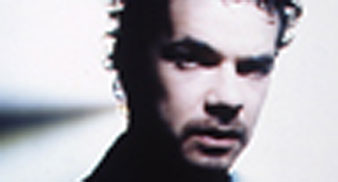 Acclaimed cult north London psychedelic soul singer Lewis Taylor – who still moonlights with ’70s prog rockers The Edgar Broughton Band and who has more in common with Brian Wilson and Syd Barrett than Stevie Wonder and Jamiroquai – is about to find fame and fortune at last.

Why? Robbie Williams has chosen one of his songs, “Lovelight”, to cover for his forthcoming single. Originally written by Taylor in 2002, the track appeared on his third album “Stoned Pt 1’.

The new version of the song takes the original’s soulfulness and transforms it into a euphoric disco anthem, including a full-on falsetto from Williams.

Williams originally heard Taylor’s soul anthem on the Tom Middleton compilation “The Trip”. He says of the track, “I fell in love with it instantly. I can’t believe how big that song is and no one knows it.”

Now that Williams has chosen “Lovelight” to re-work, hopefully more people will get to know the work of the criminally underrated Lewis Taylor.