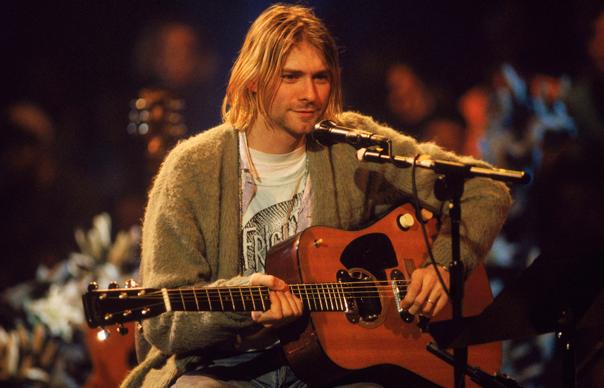 A previously unheard mixtape made by a 21-year-old Kurt Cobain has been unearthed.

Dangerous Minds has published the mixtape Cobain put together a year before Nirvana’s 1989 debut Bleach. Made using a four-track cassette recorder, the 36-minute long recording is a collage of noises, sounds and extracts from Cobain’s own music collection, as well as from the radio and other sources.

Throughout the recording titled Montage Of Heck, you can hear clips of songs such as The Jackson Five’s “ABC”, James Brown’s “Hot Pants” and William Shatner’s “Wild Thing”. Other musicians that feature include Frank Zappa, Shocking Blue, the Barbarians, and Daniel Johnston, along with classic acts such as Simon & Garfunkel, the Beatles, the Velvet Underground, Led Zeppelin, and even Sammy Davis Jr.

You can also hear various miscellaneous clips such as Jimi Hendrix speaking at the Monterey Pop Festival and Fred Flintstone yelling for his bowling ball.

Montage Of Heck mix list:
“The Men In My Little Girl’s Life” by Mike Douglas
“The Sounds of Silence” by Simon & Garfunkel
“Being for the Benefit of Mr. Kite!” by The Beatles
“A Day In The Life” by The Beatles
“Eruption” by Van Halen
“Hot Pants” by James Brown
“Gypsies, Tramps and Thieves” by Cher
“Go Away Little Girl” by Donny Osmond
“Rocky Mountain High” by John Denver
“Everybody Loves Somebody” by Dean Martin
“The Candy Man” by Sammy Davis, Jr.
“In A Gadda Da Vida” by Iron Butterfly
“Wild Thing” by William Shatner
“Taxman” by The Beatles
“I Think I Love You” by The Partridge Family
“Are You a Boy or Are You a Girl?” by The Barbarians
“Queen Of The Reich” by Queensryche
“Last Caress/Green Hell” covered by Metallica
“Whole Lotta Love” by Led Zeppelin
“Get Down, Make Love” by Queen
“ABC” by The Jackson Five
“I Want Your Sex” by George Michael
“Run to the Hills” by Iron Maiden
“Eye Of The Chicken” by Butthole Surfers
“Dance of the Cobra” by Butthole Surfers
“The Shah Sleeps in Lee Harvey’s Grave” by Butthole Surfers
“New Age” by The Velvet Underground
“Love Buzz” by Shocking Blue
Orchestral music from 200 Motels by Frank Zappa
“Help I’m A Rock” / “It Can’t Happen Here” by Frank Zappa
“Call Any Vegetable” by Frank Zappa
“The Day We Fall In Love” by The Monkees
“Sweet Leaf” by Black Sabbath (intro)
Theme from The Andy Griffith Show
Mike Love (of The Beach Boys) talking about “Transcendental Meditation”
Excerpts of Jimi Hendrix speaking at the Monterey Pop Festival
Excerpts of Paul Stanley from KISS’ Alive!
Excerpts of Daniel Johnston screaming about Satan
Excerpts from sound effects records
Various children’s records (Curious George, Sesame Street, The Flintstones, Star Wars)