Their Empire keeps getting bigger 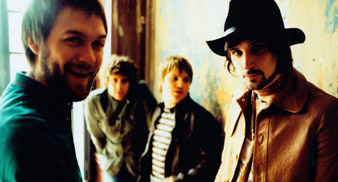 
Kasabian fronted by Tom Meighan and Sergio Pizzorno are playing in support of their second album “Empire” which charted at number one in the UK album charts this summer.

You can catch the Leicester rock band at the following mammoth arenas:

Better be quick! As the band’s recent show at Brixton Academy show sold out in less than 10 minutes.


For more information, click here to go to Kasabian’s homepage