James Blake has said that his new album will sound "more aggressive" and "clubby". The singer, who released his self-titled debut album in February last year, told Spinner that he had started sessions on the follow-up and predicted that it would embrace a different sound. 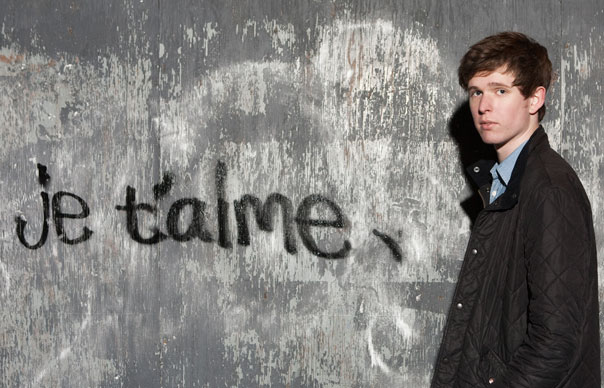 James Blake has said that his new album will sound “more aggressive” and “clubby”.

The singer, who released his self-titled debut album in February last year, told Spinner that he had started sessions on the follow-up and predicted that it would embrace a different sound.

“A lot of the vocal music I’ve been doing recently has been quite clubby,” he said. “But that’s mainly because I’ve had more time to go to clubs, and that normally breeds that kind of influence. I’ve been doing quite a few DJ set recently, which have been really fun.”

He went on to say of his plans for the record: “I think it’s going to be a bit more aggressive, to be honest. It seems that way. I don’t feel more aggressive, it’s just been… it’s just how I feel. In terms of writing more club tracks, writing more electronically influenced – I feel like it was all electronically influenced, but now that influence has come to me in a different way.”

Blake also said he was eager to work with Bon Iver‘s Justin Vernon again, after the pair teamed up for the collaborative track ‘Fall Creek Boys Choir’ last year. Speaking about their friendship, he said: “I will be making sure that I visit him as much as possible when I’m in the US and I know that he’ll be in London at some point as well.

“We really do want to work on some more stuff together. We get on as people. He’s a great guy, and the collaborations that I normally form are based on friendships, not on A&R moves, so that’s the way it’ll happen,” he added.

James Blake released a six-track EP, titled ‘Enough Thunder’, in October last year. It featured his collaboration with Bon Iver and a cover of Joni Mitchell’s track ‘A Case Of You’, as well as four new compositions.