Jagger Jokes Around At This Year’s BAFTA Ceremony 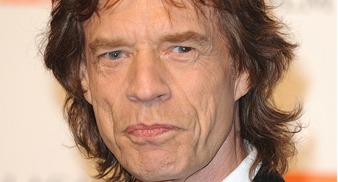 Not content with a 40-year career in music, not to mention a long list of dubious acting roles, Mick Jagger turned his hand to stand up comedy at the BAFTAs last night (February 8).

Presenting the award for Best Film, The Rolling Stones’ front-man joked he was the founding member of the ‘Movie Star Rock Star Exchange Program’. “Tonight Sir Ben Kinsley will be singing Brown Sugar at the Grammys,” said Jagger, “Sir Anthony Hopkins is in the studio recording with Amy Winehouse and Dame Judy Dench is gamely trashing hotel rooms somewhere in New York – and we’re hoping that next week Sir Brad and all the Pitt family will be performing The Sound of Music at the Brit Awards.”

Earlier, on the red carpet, Slumdog Millionaire star Dev Patel accidentally wandered into an interview with Sharon Stone, “I can’t believe my luck,” said the 18-year-old, “somebody slap me”, to which the Basic Instinct star duly – yet affectionately – obliged.

Best Actor winner Mickey Rourke turned the air blue when thanking his publicist for having “the hardest job in showbusiness – telling me where to go, what to do, when to do it, what to eat, how to dress, what to fuck…”