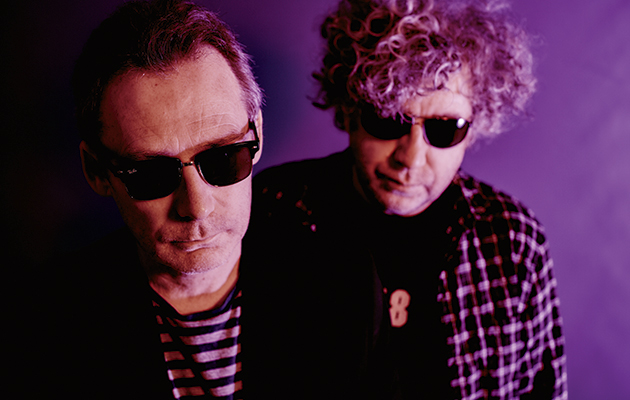 The Jesus And Mary Chain have announced details of a new album, .

Damage And Joy is released on March 24 on ADA / Warner Music.

The album is their first since Munki in 1998.

“We started to – can you believe? – listen to each other a bit more,” explains Jim Reid. “In the last couple of years, we’ve buried the hatchet to some degree, and thankfully not into each other. Most people who know us would say that we haven’t mellowed that much. I think it was to do with the fact, dare I say it, that wisdom comes with age. Let’s live and let live, and let’s take each other’s opinions into account.”

The album has been produced by Youth, who plays bass, and also features performances from the band’s touring drummer Brian Young as well as former Lush bassist Phil King.

“The interesting thing about this record is what comes out of the speakers,” declares Jim. “To make a good record is an achievement if you’re twenty-two, but to do it in your fifties, the way we are, I think is a minor miracle.”

Damage And Joy will be released on digital, CD, vinyl and cassette formats.

The full album tracklisting is: