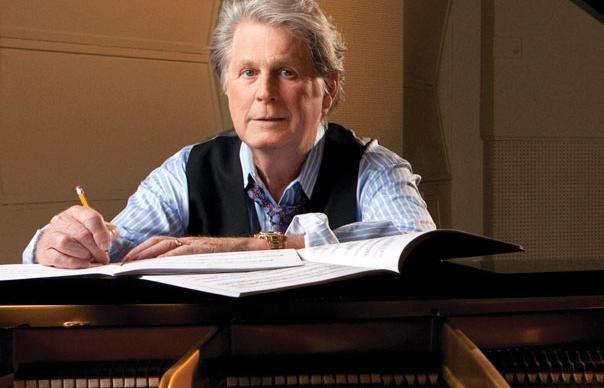 Scroll down to listen to the track, called “Any Emotions“. Speaking about the contribution from Wilson, Zach Dawes, the band’s bassist, told Rolling Stone: “As they got into harmonies Brian’s name came up kind of as a pie-in-the-sky idea. I followed up with him and sent him a rough cut of the song. Then that rare moment occurred where the idealised version of something becomes a reality.”

Dawes also spoke about casting Colin Hanks in the video for the song, which will be released soon. “He had caught our set opening for the Arctic Monkeys last year and everybody agreed he would be perfect,” he said. Last year, Alex Turner appeared on stage with Mini Mansions to perform ‘Vertigo’ when the bands were touring together in the US.

Alex Turner‘s contribution to the new album from Mini Mansions has been compared to “Sinatra mixed with LL Cool J” by Michael Shuman of the band. Speaking to NME Shuman explained how Turner came to record ‘Vertigo’ with his band.

Shuman, who is also bass player in Queens Of The Stone Age, said: “He wrote the lyrics pretty quickly and knocked the whole thing out in one take.” Shuman adds that the song is “like Sinatra mixed with LL Cool J. It’s influenced by West Coast ’90s rap and R&B.”

“We’ve become close with Alex and the rest of the Arctic Monkeys,” explained Shuman. “He lives down the street in LA from the studio we were recording in, so he’d just drop by. We had this idea that the second verse of ‘Vertigo’ would be sung with a British-type Mark E Smith vocal. It seemed the obvious choice to have a real Brit on it.”