The New Yorkers are coming over in November 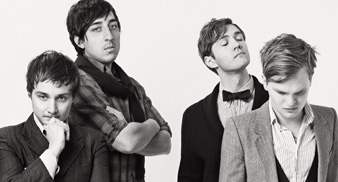 The enigmatic New York band Grizzly Bear have announced a handful of UK and Irish tour dates for this November.

Described in Uncut as a “mysterious folk-pop-chorale hybrids can sometimes sound like they’re reconfiguring 150 years of Americana at the drop of a hat”, Grizzly Bear will start the mini tour in Dublin on November 1.

In the meantime, they play a sold-out one-off show at Lonodn’s Koko on Auhust 18.

Tickets for the new shows go onsale at 9am on Friday June 18, the venues and dates are: