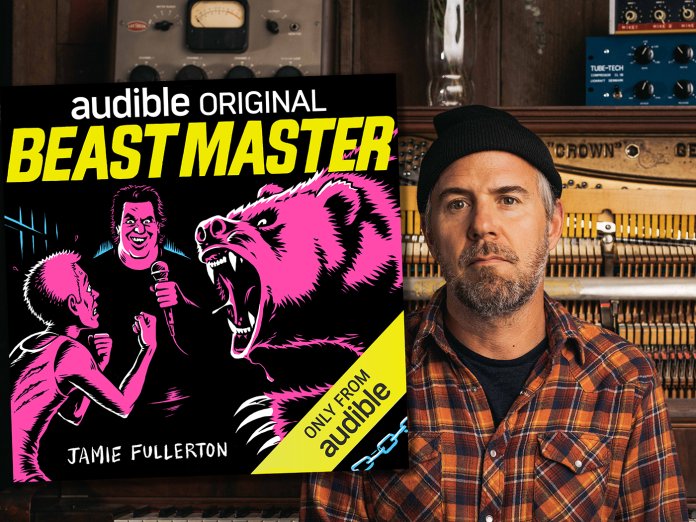 The Californian musician and producer has soundtracked the eight-part series Beast Master, in which British writer Jamie Fullerton investigates Sam Mazzola, known as ‘Ohio’s bear king’. Fullerton himself wrestled one of Mazzola’s bears, Caesar, in 2006.

Lytle’s contributions, which are only available to hear on the podcast, touch on darker textures and moods than some of his work with Grandaddy.

“Jamie did a really great job giving me detailed visuals on almost all of the scenes,” Lytle tells Uncut. “At times it almost became too much and often very uncomfortable for me. I mean, it’s a pretty twisted and unbelievable epic of a tale, and there were a lot of strange details.

“A common situation that began to occur was me defaulting into my sonic comfort zone, which is often lush and pleasant with maybe some clever elements, and Jamie would just continue asking for ‘darker, more sinister, more twisted’. To be honest, it started to do a number on my head… I would come out the other end a little messed up.”

“Jason’s music has been a huge part of my life since I became obsessed with Grandaddy around the year 2000,” says Fullerton. “When I began getting Beast Master together, with no network deal and my life savings ploughed into rural Ohio motel fees, I drove around the state daydreaming about what it might sound like if Jason made music for it. To be able to make that daydream a reality has been pretty special.

“In places in the Beast Master soundtrack, Grandaddy fans will recognise the warm piano tones Jason is known for. But he had to make the music using a darker sonic palate than he’s used to, for this truly dark story. I reckon the Beast Master soundtrack proves that Jason is a more intriguing and deeply talented songwriter than even his seminal work with Grandaddy has shown.”

You can hear Beast Master from today (May 12), exclusively on Audible.