GIG ON A RIG PLANNED BY KATIE MELUA 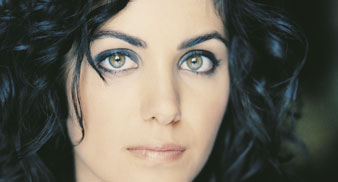 Katie Melua will attempt to set a Guinness World Record for the deepest underwater concert when she performs a concert at the bottom of the North Sea on October 2nd.

The concert will be held at the bottom of one of the four shafts of the Statoil Troll A Platform gas rig, Europe’s largest. They invited Melua to play as part of the gas platform’s 10th anniversary celebrations.

In addition to the gas rig staff, the audience will include Craig Glenday, Editor-in Chief of Guinness World Records, to make sure the right criteria are met.

Melua will perform a fully live concert in order to be eligible for a Guinness World Record, and will be likely performing tracks from her debut album ‘Call Off The Search’ (from 2004) and its 2005 follow-up ‘Piece By Piece’.

Katie Melua is one of Britain’s most successful exports, having sold more than 6 million albums globally.

The concert will premiere on Norwegian television.