New songs to be played at festival dates 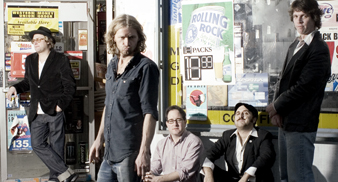 The Hold Steady have revealed that their older fans were the inspiration behind their new album, Stay Positive.

“In talking to them, we have found that no matter their ages, they are so much like us as people, that they seem at times an extension of the music,” said frontman Craig Finn.

“A great American philosopher named D. Boon once said ‘Our band could be your life.’ I think that is true. But ‘Your Life could be Our Band’ is also a true statement.”

Stay Positive gets its UK release on July 14 and the band have a number of headline festival appearances this month.

The live dates are: