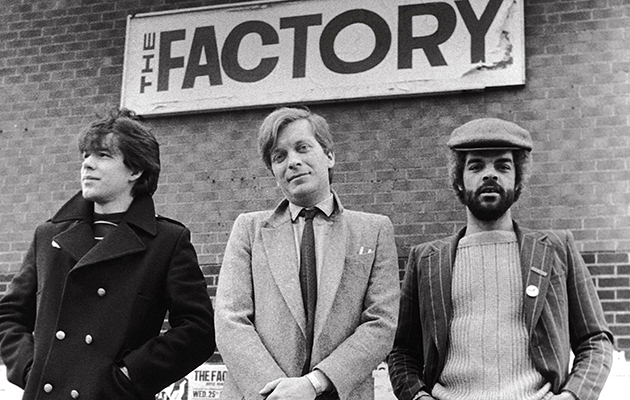 This year is the 40th anniversary of the launch of Factory Records, an occasion marked with the release of two box sets of rare material and exhibitions in London and Manchester.

Bonus items include a 60-page book, white label 12” single by The Tiller Boys (originally intended as Fac 3 but ultimately not released), and a lengthy audio interview with Joy Division, Tony Wilson and Rob Gretton, conducted in August 1979 by journalist Mary Harron, never before heard and now restored across two CDs. Also newly restored, and seldom seen since 1979, is 8mm short No City Fun (Fac 9), featuring music by Joy Division.

The second box set, Factory: Communications 1978-1992, is an 8xLP vinyl version of a CD box set previously released in 2009. It surveys the entire 15-year history of the label, with 63 tracks by acts including New Order, Joy Division, The Durutti Column, Happy Mondays, Electronic, A Certain Ratio and Section 25.

An accompanying exhibition will take place at London’s Chelsea Space from September 13 until October 25, telling the story of Factory Records’ formative years from 1978 to 1982 through the label’s first 50 releases. It includes works by Peter Saville, Joy Division, New Order, A Certain Ratio, Durutti Column and Linder Sterling, supported by rare and unseen materials from personal archives, as well as non-Factory period items of influence. More information here.

An expanded exhibition is being developed by the Science and Industry Museum in Manchester, due to open July 2020.