Kevin Rowland digs out his records on the IOW 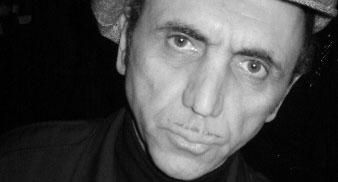 Dexys Midnight Runner’s front man Kevin Rowland is to dig out his records for the second time this year and DJ at the Bestival festival on the Isle Of Wight this September.

Rowland previously DJ’ed at celebrated indie-pop club How Does It Feel To Be Loved? in February this year. His picks for his stint then included Bowie’s “Young Americans” and T-Rex’s “20th Century Boy.”

Rowland is just one of the latest artists to be confirmed for the three-day event headlined by the Beastie Boys and The Chemical Brothers between 7 and 9 September.

The Go!Team are now set to play too – they will be previewing tracks from their new album in their second appearance on the main stage. They appear just before The Chemical Brothers on the opening night.

Newer bands such as Friendly Fires, Jackson Analogue and The Metros have been added to the billing which already includes Primal Scream, Billy Bragg and Gossip.

More details and tickets for the festival are available here from bestival.net