Debbie Harry Shows True Colors On Tour In US 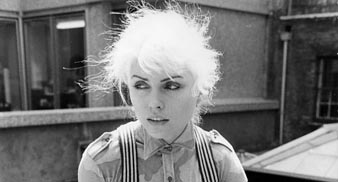 Blondie star Debbie Harry has joined the bill for a multi US city tour to raise awareness of gay-rights issues.

The fifteen date True Colors tour which starts on June 8 in Las Vegas – will also feature Erasure, The Gossip and Dresden Dolls.

The True Colors tour was conceived by Lauper who says she wants “to give back to the community the love and support they have given her throughout her career.”

She also added that: “This tour was created to celebrate our differences by raising awareness for liberty, fairness and dignity for everyone — not just some of us. Our fans can come out to celebrate a great cause while also hearing some great music.”

One dollar from every ticket sold will benefit the Human Rights Campaign, which aids the gay, lesbian, bisexual and transgender community.

More information and tickets are available from truecolorstour.com here