The Cure: “It was us against the rest of the world” 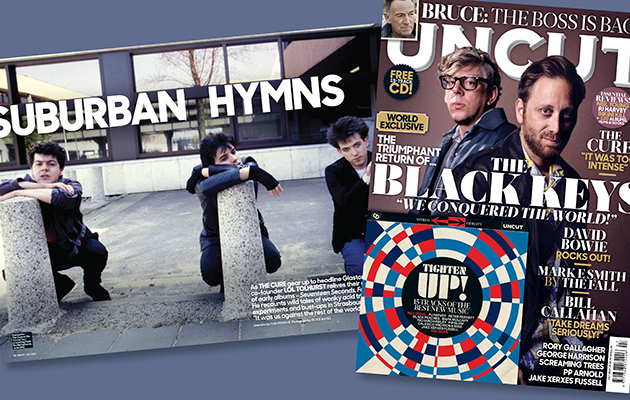 The new issue of Uncut – in shops now or available to buy online by clicking here – features a revealing interview with The Cure co-founder Lol Tolhurst.

Looking back at their exceptional run of early albums from Three Imaginary Boys to Pornography that made – and broke – the band, he recounts wild tales of wonky acid trips, intense tours and small-town violence.

“It was us against the rest of the world,” says Tolhurst. “We had trouble at some of the gigs, early on. Provincial gigs were always a little like that. I’ve never understood it… in more isolated places, you’d think audiences would be happy to see you – but instead they were intent on chasing you away. All the satellite towns of the capital were like that, Crawley, Hemel Hempstead… there was this undercurrent of violence.

“It was no surprise that we made the kind of music [that we did], because we lived in a very muted, very grey place. We just reflected back what we saw around us! The darker element of the songs? We were partly drawn to a certain type of literature. But we were responding to what was going on around us – the political and social unrest in England at the end of the ’70s. Instead of thinking, ‘Oh, the world’s all great and lovely, we’ll sing love songs,’ we realised, ‘No, it’s not so great and lovely…’

“Life imitates art, and art imitates life, and our lives had become quite intense… A lot of the early Cure stuff is like a diary, what happened in our lives is there in the records. So looking back, there’s little surprise that Faith came out the way it did. Were we depressed? I think most people growing up in that time had to be depressed! It was still post-war. The supermarkets only had eggs, bread and cheese – it was like Eastern Europe.

“The thing about acid is, if you remember when you started using it, you probably didn’t start using it.  We all had our own experiences, but it was probably more helpful for Robert [Smith] than it ever was for me. I remember the first Pornography sessions. Sometimes Robert would be in a very strange place in the studio, so I’d tell our engineer and co-producer Phil Thornalley, ‘Maybe we won’t record today, we’ll go home and see you in a day or two…’ The thing that blows my mind was that Phil was stone-cold sober most of the time. With us in the studio, he must have thought he’d entered Dante’s Inferno, because the three of us… it was quite insane.”

You can read much more from Lol Tolhurst about The Cure’s early days in the new issue of Uncut, out now.